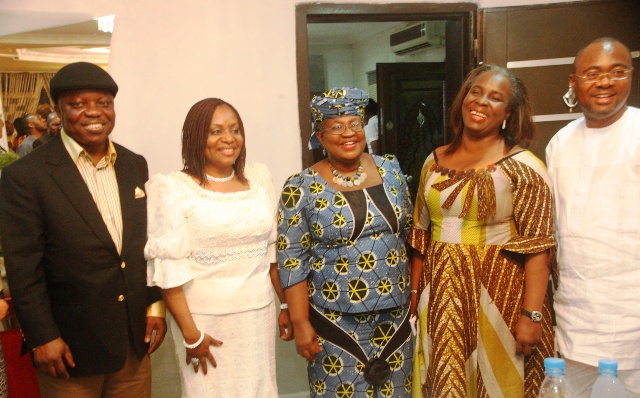 Special Adviser to the President on Performance Monitoring and Evaluation, Prof. Sylvester Monye has said that the CON award conferred on the State Governor, Dr. Emmanuel Uduaghan was an honour and a special one to the state.

Besides, he stated that it was a befitting recognition for the achievements of the governor particularly to build a Delta State beyond oil and gas.

According to him, Dr. Uduaghan has made Asaba a befitting state capital and has not discriminated against Delta North or any part of the state.

He appealed to the government to be steadfast in the development of the state and urged Deltans to refrain from any action that could distract the state government.

Similarly, the Permanent secretary, Federal Ministry of Power, Dr. Dere Awosika commended President Jonathan for the award, adding that the honour would impact positively in the development of the state. Dr. Awosika, a Deltan appealed for support for Governor Uduaghan.

A member of the House of Representatives, representing Okpe, Sapele and Uvwie federal constituency, Honourable Evelyn Ojakovo and a former Federal legislator, Honourable Pascal Adigwe appealed to Deltans to reciprocate the Federal Government’s honour, by re-doubling their support for peace and development in the state.

The Senior Adviser to the Governor on Foreign Relations, Mr. Oma Djeba described the national honour as symbolic adding that the award was an addition to the Canadian Development Agency, CDA rated Delta state first in Human Capital and infrastructural development.

He disclosed that a Swiss Non-Governmental Organisation (NGO), African Link was set to recorgnise Delta state as the foremost in development of basic infrastructure.

The ceremony which also has in attendance the Minister of Finance, Dr. Ngozi Okonjo-Iweala featured the cutting of the award cake by Governor Uduaghan and his wife, Roli.

In his remarks, Dr. Uduaghan said that though the Federal Government conferment of a national award on him may have come as a big surprise, he believes that his strive for peace and development in the nation may have informed the recognition. 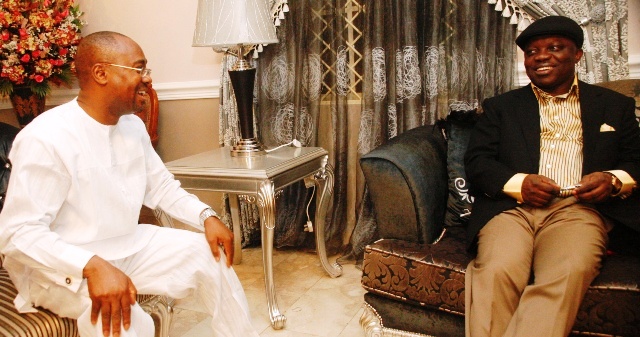 Speaking at a dinner in Abuja organized in his honour by the Special Adviser to the President on Performance Monitoring and Evaluation, Prof. Sylvester Monye, the Governor said his commitment to optimal oil production and increased revenue for the nation through the promotion of peace and development must have attracted the Federal Government’s attention.

Governor Uduaghan told the gathering that his support for peace and development in oil producing communities, security for oil production facilities which had led to increased oil production, increased gas supply and the resultant improved power supply may have counted for him.

In particular, he disclosed that the positive engagement of oil producing communities and interface with the oil producing companies created the enabling environment which increased the nation’s oil production to the current 2.5million barrels from the previous abysmal level of about 700,000 barrels per day.

This, he hinted prompted President Goodluck Jonathan to personslly write him a commendation letter.

Governor Uduaghan said apart from his strive for development of infrastructure to attract investments, he had often explained to Governors of  the Northern part of the country to shelve their agitation for the revisiting of the Onshore-Offshore oil dichotomy in the interest of peace for oil production and higher oil revenue for the nation.

The governor dedicated the award to Deltans, just as he urged them to be supportive of government’s investments for the future of the state.