Delta State Governor, Senator Dr. Ifeanyi Okowa has been scored very high by the Federal Government of Nigeria for his pragmatic, practical and articulate policies in partnering with the private sector to create wealth for Deltans.

Speaking at the Delta State Economic and Investment Summit in Asaba on Thursday 26/08/16, which is the stellar event to mark the Delta @25 Anniversary celebrations, Vice President, Yemi Osinbanjo observed that no society can grow without the private sector playing active roles and Gover Okowa has designed an excellent and brilliant module in the SMART Agenda, for sourcing and engaging the private sector towards harnessing the huge potentials of Delta state in virtually all sectors.

“The governor of Delta State in his speech, said his administration is partnering with the private sector to develop the state; there is no way we can create prosperity without the private sector because the public sector does not have the resources to ensure speedy development,” Prof Osinbanjo stated.

According to him, “as a government, we have no choice but to create the environment for the private sector to thrive; I think the private sector must be a responsible partner, paying taxes and contribute to all manners of social activities that makes the society truly great.”

While congratulating the government and people of Delta State for celebrating 25 years of the state’s creation, the Vice President observed that the greatest challenge facing governments at all levels in the country was having leaders who will have the courage, character and ability to stick to laid down plans.

“We are confronted today in our country with the challenge of leadership, we must take time to reflect on the type of leadership we have because, governments in Nigeria have never been short of good ideas and good plans, but the challenge is sticking to the plan and getting desired results,” he said, adding, “time has come to get results, public officers must be held to account for their performances; time and resources are saved when qualified people are hired.”

He appealed to those who are in positions of authority to build the trust of the people, saying; “and we must build that trust if we are trustworthy ourselves.”

Governor Okowa at the summit, said, “our partnership with the private sector is of utmost priority to us and we are pursuing it with relentless vigour, adopting robust and flexible private public partnership models that guarantees a win-win for all.”

The Delta governor further added that; “Beyond the pomp and pageantry of the silver jubilee celebration, it is also an occasion for the sober reflection; a time to pause, think deep and chart a new growth trajectory for the future of our great state.The need for foresight, careful planning, innovation and creativity has never been as important as it is today,” he stated.

Governor Okowa further said that the summit was necessary because, “with the ever growing complexity, disruption and global competition of the 21st century, it is incumbent on us to build a strong, robust and resilient economy that is adaptable to the physical, social and technological changes that are a growing part of the age we live in; we must rise to the challenge now, or we lose out,” assuring that his administration was committed to repositioning Delta State as preferred investors’ destination.

Earlier, the Chairman of the Summit, Mr Jim Ovia, Chairman, Zenith Bank Plc, who reflected on the fluctuating revenue and GDP of the state from a once very high level to very low presently, noted that Delta state was infinitely blessed with both human and material resources and the time had come to start exploring the other potentials of the state I the face of dwindling oil revenues.

Ovia said, “Delta State is a land of tremendous possibilities and infinite possibilities. We should start thinking outside the box, we should think about alternatives to oil, particular in sports and tourism,” h said. 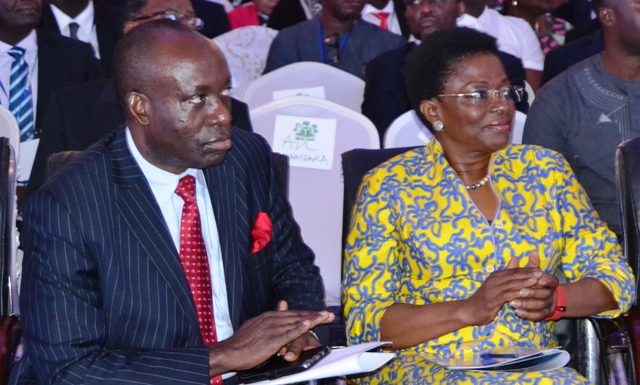 Prof. Soludo, who cited examples of countries that had positively exploited their oil windfall in the past, lamented the present hardship facing the country today, as a result of what he described as poor economic policies by the present federal administration, and while pointing out that the over dependence on oil as a our major revenue earner had lulled the state and country into beliving that the rosy days would never end, chided our corporate moguls for what he felt was their token contributions to development, hinting that perhaps a further fall in oil prices o as low as $10 dollars, may eventually become the panacea to compel us to be committed to exploring alternative ways to develop.

In the plenary sessions that followed, Minister of Finance, Mrs. Kemi Adeosun, who was lead Speaker for the Economy and Investment: Fiscal Incentives for Investment at Sub-National level session, noted that taxation, as an alternative to increased oil prices, was key to improving revenues and should be pursued aggressively to capture and stem capital flight from revenue earners in Delta state who come neighbouring states, even as she listed other revenue generating areas like efficient spending, building of proper job creating industries, addressing the problem of infrastructure and capital investment, placing greater emphasis on human capital, pluging loopholes for wastages and most importantly patronizing locally produced consumer products.

“Delta needs no incentives but must look inwards from now on. We must change the narrative of seeing our products as local, which implies that they are of low qualityand start patronizing our local products. We have to change our buying and selling habits after devaluation, instead of adjusting to new realities. Let us beging to look inwards and become local champions for what we produce”, she admonished.

The Finance plenary, which was moderated by Mr. Jim Ovia, also had Frank Aigbogun and David Edevbie, Delta State Commissioner for finace as resource persons.

Dr. Ibe Kachiku, Minister of State for Petroleum Resources, in his presentation on the Oil and Gas plenary, spoke on what he described as, ‘the urgency of now’ which is to get a handle on militancy issue and embrace dialogue and negotiation to resolve the matter, stressing the need for adequate security of oil facilities and a cessation of vandalization of pipelines by militants as an imperative to ensure increased production and revenues.

The Petroleum Resources Minister, who noted that criminality overcomes ideology and that peace was imperative for security and investment, added that the federal government had concluded plans to develop a gas policy to revolutionize the gas value chain within the next 90days, stressing that Delta state had the ability to be the gas power engine room of Nigeria and the objective of the gas policy was to source local investment to improve existing structures, as well as set an agenda for the NNPC to export products, support and empower innovation and creativity, as well as enhance mechanized farming. 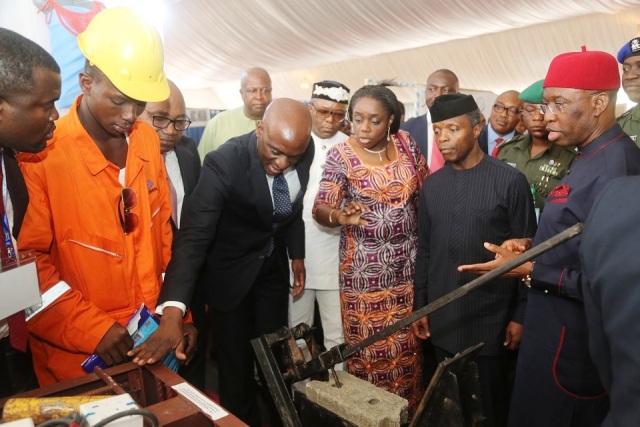 The Delta at 25 Economic and Investment Summit, which also witnessed a products exhibition by some Delta MDAs, where the Vice President, Prof. Yemi Osinbanjo was given a tour by Delta state Govenor, Senator Ifeanyi Okowa and some Commissioners, including Mr. Patrick Ukah, Delta State Commissioner for Information, as well as his counterpart, Barr. Chiedu Ebie of Basic and Secondary Education, continues tomorrow, Saturday 27, with the final break-out sessions on Ease of Doing Business, Infrstructure, A Review of the Summit by Dr. Kingsley Emu, Delta state Commissioner for Economic Planning and a final Wrap-up by Governor Ifeanyi Okowa. 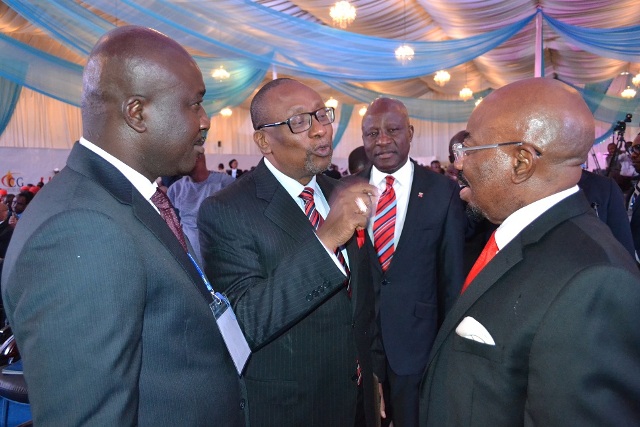 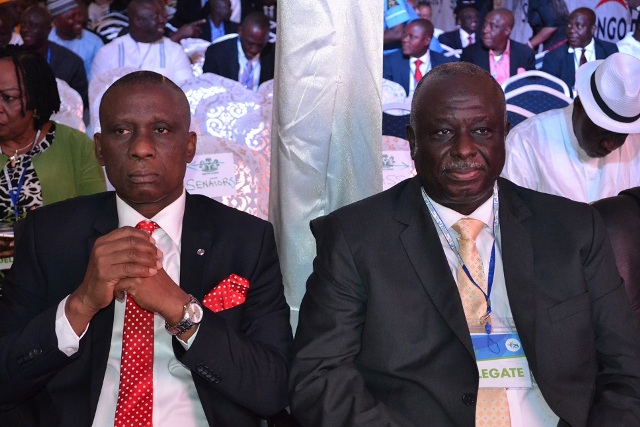 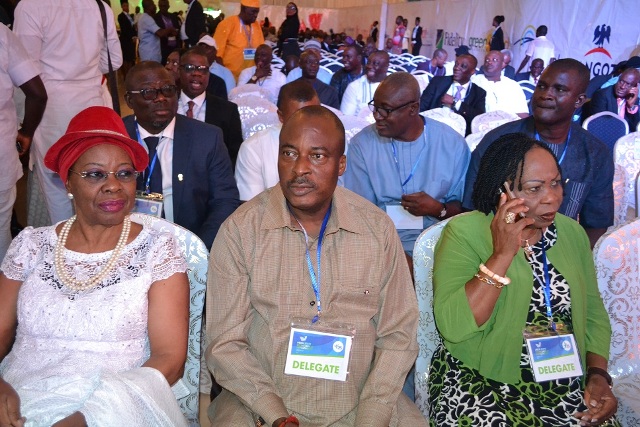 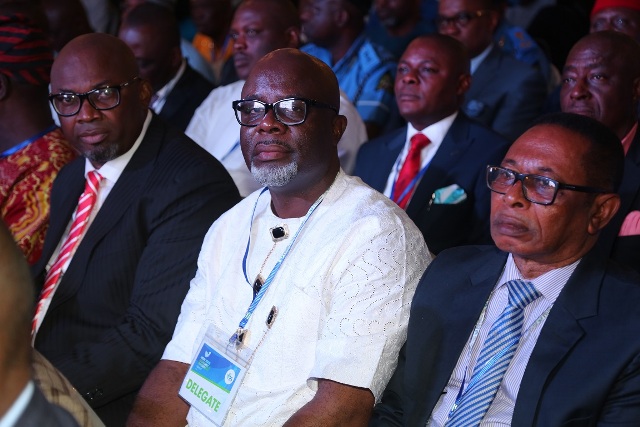 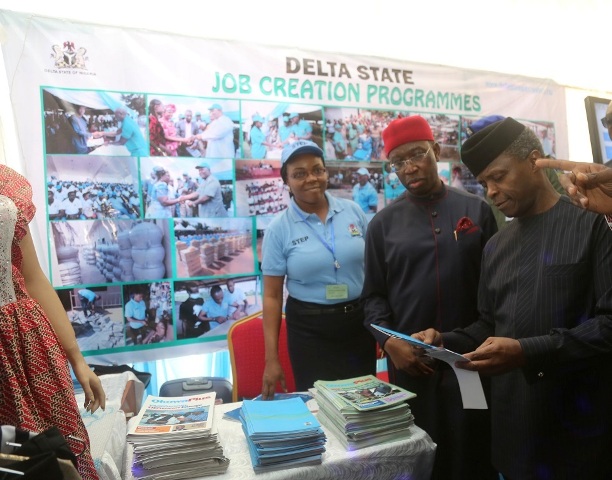