Delta State Governor, Senator Dr Ifeanyi Okowa has urged the judiciary to ensure the speedy dispensation of kidnap cases assuring that the judiciary remains the last bastion of hope for the common man.

Governor Okowa who said this on 21-03-17,  when he received on a farewell visit retiring Justice Ifeoma Okogwu of the State Judiciary and also inaugurated Mr. Dennis Agbaga as a member of the Judiciary Service Commission [JSC] restated  his administration’s commitment to the independence of the judiciary in the state and called for the speedy trial of kidnap cases to act as deterrent to criminal minded individuals.

While receiving retiring Justice Okogwu, the governor decried the spate of kidnapping disclosing that the state law on kidnapping would be implemented to the latter as special courts have been established to handle quick dispensation of kidnap cases.

He commended the synergy among the security agencies in the state in tackling security issues explaining that some of the kidnappers have been arrested. 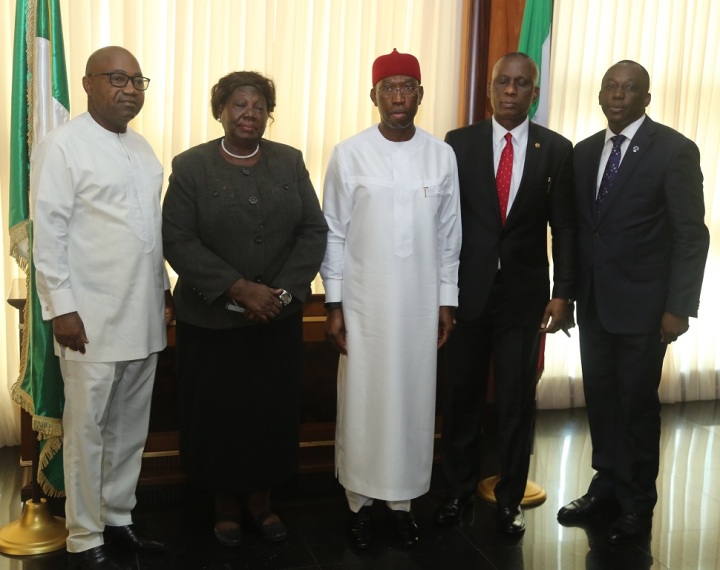 While commending Justice Okogwu for her meritorious service to the state, Senator Okowa appreciate the Judiciary in the state for their boldness, support and understanding assuring them of the cooperation of the Executive arm in providing conducive working environment for them.

Inaugurating Mr. Agbaga as a member of JSC, Governor Okowa urged the judiciary to be dispassionate in the dispensation of justice stressing “the judiciary should remain the last hope of the common man as it is expected, you should embrace faithfulness, diligence, service above personal interest, shun discrimination and avoid corruption in the performance of your duties. You should also not allow anything to stand against unfettered dispensation of justice”.

“This administration will continue to uphold the principle of separation of powers among the three arms of government and that the judiciary remains independent, we will do everything possible to put the state judiciary on a good pedestal for the administration of justice”, he added.

“It is the commitment of the state government to have a judiciary that is impartial, efficient, effective, reliable and ready to dispense timely justice that is accessible to all and capable of inspiring public confidence”, Governor Okowa  stated. 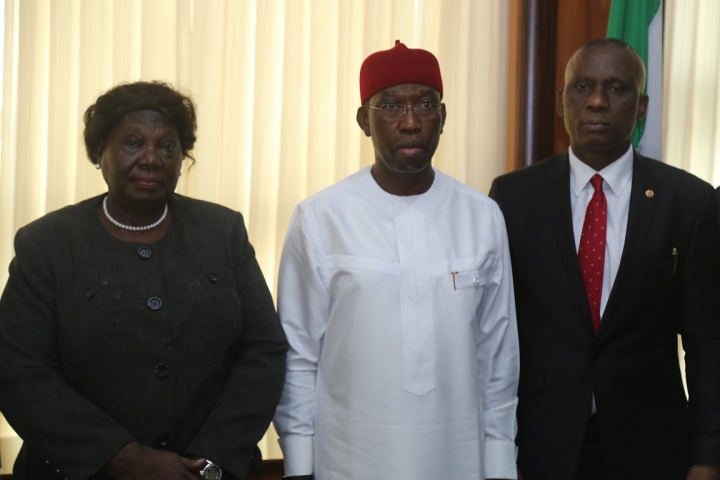 Earlier, in their separate responses, Justice Okogwu and Mr Agbaga thanked Governor Okowa for the opportunity to serve the state in their different capacities, calling for continued support for the judiciary to continue to thrive in the state.