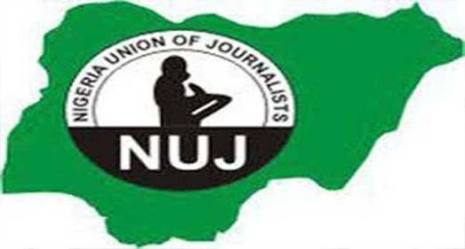 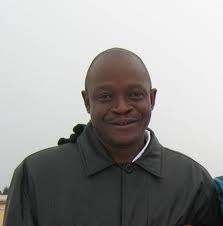 The Delta State chapter of the Nigeria Union of Journalists, NUJ Correspondents Chapel, has responded strongly and taken Mr. Olukayode Thomas, Head of Media and Communication, CAA Asaba 2018, to the clearners over his comments in his published article titled: “CAA ASABA 2018: DELTA’S DIRTY POLITICS AND THE 2019 ELECTIONS” , describing the said article as his futile effort to do a damage control in his attempt to satisfy his pay masters, following the obvious lack of organisation management that glaring tainted the five-day African Athletics Championships held in Asaba from August 1-5, 2018.

The Delta Correspondents, who did not mince words in their whiplash of Mr. Olukayode Thomas, contained in their rejoinder to his afore mentioned article, were  particularly miffed by the allegations of professional misconduct and sleaze levelled against Asaba Correspondents’ chapel; a body which they were quick to inform him, is composed of a group of seasoned professional journalists who represents reputable national media organizations, even as they also challeged him to provide evidence to substantiate his claims.

They equally took exceptional umbrage to Kayode’s malicious attack on the Vanguard Newspaper’s report over the collapsed water tanker during the championship; a story which had already gone viral on social media before then, dismissing the allegation as an attempt to cast aspersions on the exellent pedigree and unquestionable professional intergrity of Mr. Festus Ahon, the author of the report and to smear the reputation of members of Asaba Correspondents’ Chapel, and proceeding further to educate Mr. Thomas, inspite of his claim to being a two-time CNN Award winner, that as a journalist of his suggested calibre, he is presumed to be knowledgeable of the fact that his colleagues of the same calling are duty bound by the ethics of the profession, to report issues the way they are.

The terse yet precise press statement, issued and signed by the Chairman of the Chapel, Comrade Paul Osuyi and Secretary , Comrade Dominic Adewole reads thus:

The attention of Asaba Correspondents’ Chapel of the Nigeria Union of Journalists (NUJ), Delta State council has been drawn to a publication in The Pointer newspaper of Wednesday August 22, 2018, where one Olukayode Thomas erroneously linked members of the chapel to alleged unprofessional conduct during the recently concluded Africa Senior Athletics Championship tagged Asaba 2018.

In the said publication, Mr. Thomas made futile attempts to do a damage control following the obvious lack of organisation management during the five-day championship. In his attempt to satisfy his pay masters, Thomas claimed that correspondents who got accreditation later demanded for accommodation, brown envelope and transport subsidy, and also texted him their bank account details.

It is sad that Thomas who claimed to be a two-time CNN African Journalist of the Year Award winner could condescend so low to satisfy his sponsors to the extent of dragging the names of Delta State correspondents into the murky waters of Delta State politics.

Besides, we expect that as a media professional of so many years, Thomas should know that a competition of the magnitude of CAA Asaba 2018 is not covered by state correspondents alone, and therefore should have been specific on the category of media practitioners who pestered him for gratification.

We, the Asaba Correspondents’ Chapel of Delta State NUJ take exception to these allegations of professional misconduct, and challenge him to produce evidence of those he alleged to have demanded gratification and texted their bank account details.

As a matter of fact, journalists the world over, are independent minded professionals, which we expect the CNN award winner and Head (Media and Publicity) of CAA Asaba 2018 to know and be properly guided as such.

Lest we forget that before The Pointer publication of August 22, the said report credited to Mr. Thomas had been widely circulated in different social media handles, where he also claimed that a member of the chapel, Festus Ahon of Vanguard told him (Thomas) that he broke the news of the water tank collapse “because LOC did not settle him”. The said report was already trending online and even some newspapers had reported it a day before the Vanguard carried it. Therefore, it is wrong for Thomas Olukayode to say that the Vanguard broke the report of the collapsed water tank.

We view this allegation as another attempt to smear the reputation of members of Asaba Correspondents’ Chapel, and totally disagree with Thomas on these weighty claims. As professionals, we are bound to report issues the way they are.

Furthermore, it should be noted that there an in house disciplinary measure against anyone found to have contravene journalism ethics.