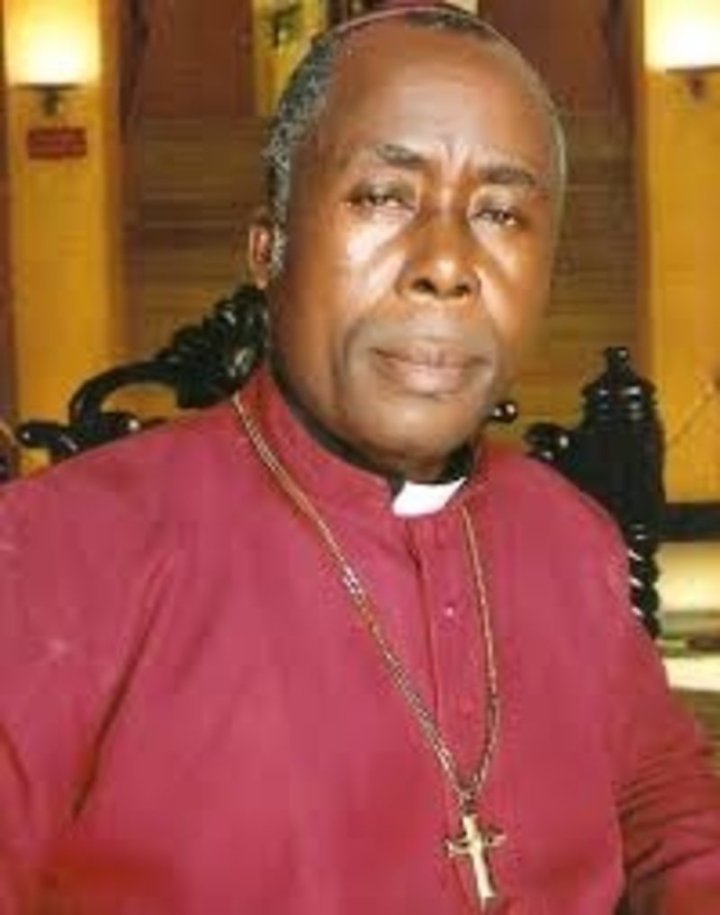 Ahead of the screening of Presidential aspirants of the Peoples Democratic Party, PDP and the subsequent party congress that will produce the presidential candidate of the party for the 2019 general elections, and in anticipation of the speculated fallout from selecting one out of the numerous aspirants vying for the single ticket, on the political structure of the country, a Cleric, Bishop Greatman Nmalagu, has called on the PDP to ensure that it puts its house in order and comes out as a more unified party once a presidential candidate would have emerged after the national Congress, which will be holding on Monday, September 24, 2018.

Bishop Greatman Nmalagu, who is also the Executive Assistant to the Governor of Delta State, on Religious Matters, gave this admonition in a statement made available to the press on Saturday, September 22, and equally called on the PDP Presidential Screening Committee, headed by former Nigerian Vice President, Alhaji Namadi Sambo, to use the screening exercise to bring unity into the party by ensuring that the aspirants see the presidential congress of the party as a family affair, and support whoever emerges as flag bearer to achieve victory for the party in the 2019 general election.

Speaking on the need for a unified party after the screening, and congress of the PDP, the Delta Cleric said that only a unified PDP will bring the needed changes to the country there are no other better solutions to Nigeria problems, than for the aspirants that he is screening to unite into a formidable force in the interest of the political life of the country.

“There is no better solution to the problems Nigerians are facing today, than ensuring that all the PDP presidential aspirants, you are screening on Monday remain as one family after the screening and primaries to enable them in unite physically, financially, consciously and morally support any of the aspirants that shall emerge as the sole presidential candidate of PDP,” he said.

According to him, if this is not done, then the work of the committee would not be regarded as successful and the effects would be felt not only in the PDP but most importantly in the future political leadership of the country as it would be one of the main factors which will determine who becomes the next President of Nigeria.

“If Alhaji Sambo and members of his presidential committee do not successfully do their screening, if they do not succeed in uniting them, knowing fully well that the unity of the presidential aspirants is the beginning of the redemption of Nigeria from captivity, then the work of the committee will not be termed to be successful,” Bishop Greatman emphasised.

The religious affairs aide to the Delta state governor then added that if this unity amongst the presidential aspirants is achieved and spread to the states, it would also impact positively on the senatorial districts, constituencies and local governments, and the committee would have succeeded in putting the PDP on a new footing as the party will then have the full capacity, manpower, prowess and experience to save the nation.

He then reminded the committee that the country had been so divided into various camps of religion, ethnicity, and politics presently and it would take the ingenuity of a party like the PDP to unite the various interests groups, for peace to reign, if the party itself can achieve internal unity after the Congress and emergence of one presidential candidate.

“The peaceful and united screening of the presidential aspirants which at the end of the primaries will produce one candidate for the presidential election is the only hope and best solution to the problems Nigerians are facing today,” he stressed.

The statement also took a swipe at the present government at the centre, headed by the All Progressive Congress, APC, for not adding any new thing to the lives of Nigerians, but rather, still working with what the immediate past government under Goodluck Jonathan left behind, most of which had slready been wrecked by the actions and policies of this government.

“There is no new thing that has been introduced into the present administration. Rather, all good foundations laid by PDP which made the economy to keep rising and brought peaceful coexistence amongst Nigerians, have shipwrecked because the architecture of the foundation PDP left, the presidency had not rightly interpreted it and developed it”.

He criticised the system which presently is been run by cabals, and said that this is not good for the country, and the only means of liberating Nigerians from the present situation is for the PDP to come back to power.

“It is like Nigeria is in the hands of cabals who did not lay the democratic settings of the present age. Nigeria cannot be well ruled by cabals but by politicians in PDP,” Bishop Nmalagu concluded.