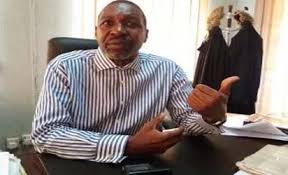 The Committee for the Defence of Human Rights, CDHR, has condemned the alleged killing of a police officer during a rally organized by the Indigenous Peoples of Biafra, IPOB group, and raised its voice strongly against the random violations and harassment meted out to innocent citizens in Nnewi, Anambra state in connection with the incident.

The condemnation of the alleged killing and denouncement of the infractions on the lives of innocent Nnewi indigenes, was contained in a terse Press Release issued by the CDHR on November 27, 2018 and signed by its National President, Mr. Malachy Ugwumadu Esquire.

COMMITTEE FOR THE DEFENCE OF HUMAN RIGHTS CONDEMNS THE ALLEGED KILLING OF A POLICE OFFICER AND RANDOM ARRESTS AND DETENTION OF INNOCENT CITIZENS IN NNEWI, ANAMBRA STATE

On Friday 23 November 2018, members of the Indigenous People of Biafra (popularly known as IPOB) and the members of the Nigerian Police Force clashed during an attempt by the Nigerian Police Force to stop a protest organized by the separatist movement. It was alleged that this clash which took place at Nkwo Nnewi Market claimed the life of a police officer and a protester.

The protest was organized by the IPOB to announce their boycott of the upcoming 2019 election in the South East of the country unless their demands are met. The group demands that a date be fixed for a referendum to be conducted for the independence of their people. It was reported that members of the separatist movement tried to encourage Igbo traders at the market to also boycott the elections.

It was alleged that members of the IPOB were the first to attack the officers of the Nigerian Police Force. In response to this, the Nigerian Police Force arrested some persons however in a press statement released by the IPOB, it was alleged that those arrested were innocent traders from the Nkwo Nnewi Market and as such were not members of the IPOB. The group remains adamant in their stance for a boycott the 2019 elections until their demands for a referendum is met.

The Committee for the Defence of Human Rights (CDHR) condemns the alleged killing of a police officer during the clash between protesters from the IPOB and members of the Anambra Division of the Police Force. Every person has a constitutional right to life. Section 33 of the Constitution of the Federal Republic of Nigeria 1999 (as amended) protects this right and it states as follows:

“Every person has a right to life, and no one shall be deprived intentionally of his life, save in execution of the sentence of a court in respect of a criminal offence of which he has been found guilty in Nigeria.”

Thus it can be seen that the alleged killing is contrary to the provisions of the Constitution of the Federal Republic of Nigeria. On account of this and in the interest of justice, the organization calls for a proper investigation to be conducted into the matter too bring to book those who committed this terrible crime.

In addition to this, CDHR also condemns the arrest and detention of innocent persons. It is known that is unjust for someone to be punished for a crime he/she did not commit. Hence before an arrest can be conducted there should be evidence linking the suspect with the crime committed. In view of this CDHR urges the Anambra Division of the Police Force to release those who had no connection with the events that occurred.