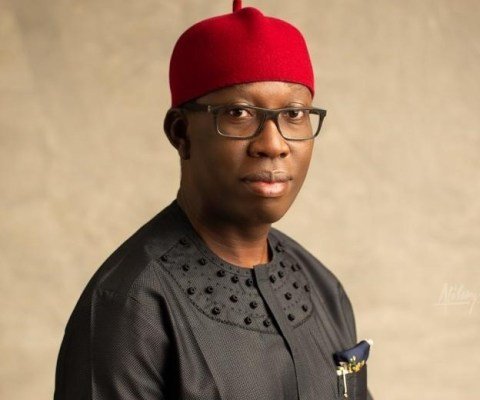 In most human endeavours, be it governance and government, private corporate or individual initiatives, the past is viewed in relation to the present and future vis-a-vis achieving set goals.

The essence of these key inter-related factors go a long way in defining the accomplishment of set target. In other words, the past situates the present just as
the present shapes the future.

Essentially, the original intends of governments through governance is to make life more fulfilling to the citizens via the instrumentality of projects and services. Arguably, it is therefore somewhat justifiable to posit that, believable past
achievements by any re-elected government, will naturally beget enhanced bountiful harvest of democracy dividends during an encore.

Thus, it is gratifying to observe that, with the re-election of Senator Ifeanyi Okowa as the governor of Delta state, there is no gainsaying that, the faithful implementation of his SMART AGENDA, will bequeath Deltans plentiful fruitage of democracy dividends, germane to the daily existence of the polity.

The above submission is anchored on the copious number of projects his(Okowa’s) first tenure availed Deltans of in all spheres of endeavor ranging from -education, health, information, infrastructure to sundry others.

One area he left indelible footprints on the sands of time is, the infrastructure development across the state, irrespective of whether he initiated the project or inherited it from the past administrations. 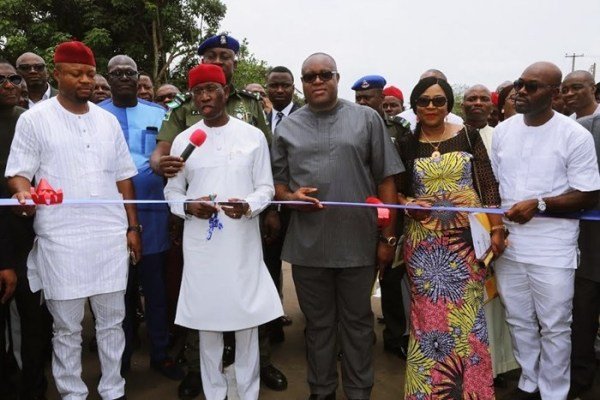 On assumption of office in 2015, his administration was beset with a catalogue of uncompleted projects, such as the key government edifices like the Cabinet office, the State Library Complex, the Stephen Keshi Stadium, the 1.882km Maryam Babangida Way, the Maryam Babangida Memorial Building (Women Development Centre) all sited in Asaba and of course, the Asaba-Ughelli road
dualization project which was awarded in December 2009 etc. The Asaba Airport also comes into the category of uncompleted projects.

Interestingly, within the maiden four year span of his administration, he tackled this ugly trend headlong by giving requisite attention culminating in their completion or close to inauguration.

As a first step to proffering solutions to the myriad challenges facing his government, especially the catalogue of abandoned projects, he synergized with
the state legislature to pass the Asaba Capital Territory Development Authority Bill into law, which galvanized him into addressing the situation for positive results.

And the result is manifest in the controlled flood menace in Asaba through an all-inclusive blueprint, encompassing a functional storm water control drainage system within the Asaba metropolis.

Similarly, the establishment of the Warri/Effurun Area Development Authority is in the pipeline. It is conceptaulised to address the infrastructural and environmental decay prevalent within that axis. In other words, when operational, the perennial flooding of the area would be a thing of the past.

Another significant area of positive impact is the Delta State Information ministry. He ensured the refurbishing and inauguration of state printing press as a cost-benefit venture, with the view to printing the state owned newspaper, the Pointer in addition to the printing of state’s sensitive documents. It is equally pertinent to mention that the state electronic outfit, Delta Broadcast Service (DBS) enjoyed tremendous facelift even to the extent of providing necessary logistics for the digitalisation and provision of digital video camera of the Television arm of the establishment.

Even with the string of accomplishments in infrastructural development, the Okowa administration never lost sight of manpower development, and empowerment. He exhibited a resolute approach to workers and pensioners’ welfare by approving the release of funds to offset the lingering burden which preceded his administration. 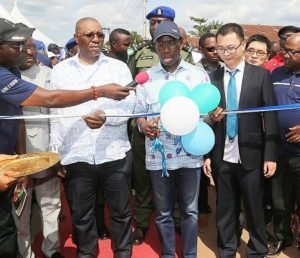 From the foregoing, it stands to reason that his re-election is a pointer to greater expectations. This is borne out of the fact that his first tenure has laid bare the
sore areas that need attention which are relevant to the welfare of the citizenry.

The Asaba airport project to the ultra-modern state secretariat complex, the Asaba-Osisa, Aradhe-Ughelli expanses of the Asaba-Ughelli road dualization are indicative of the administration’s resolve to prioritize citizens’ welfare.

The sublime connotation of these projects is bed rocked on the expediency of the judicious application of the state’s resources in impacting the economic life of diverse segments of the citizenry. For example, the road network within the state will boost economic activities within the state. Same applies to the Asaba airport project which on completion and inauguration would be concessioned; another
revenue yielding strategy.

Also worthy of commendation is the state ultra-modern state secretariat designed to accommodate all Ministries, Departments and Agencies (MDA’s). The import of this is that it will save billions of naira for the state in terms of annual rents paid to various real estate organisations.

Again, it will engender administrative convenience as virtually all government transactions will be seamless arising from proximity of the MDA’s. Undoubtedly, this will maximise man-hour input as to the implementation of government policies, which the hitherto style of deploying governance machinery to multiple locations did not
guarantee.

Governor Okowa, having achieved this much within his first four years in steering governance to stellar heights in Delta, has absolutely demonstrated that the candid implementation of government policies beget fulfilling life to the populace.

Therefore, as he embraces the final four of an eight year constitutional fiat, Deltans should look forward to a harvest of enhanced democracy dividends.