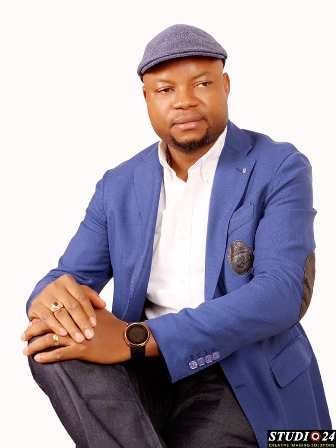 With the inauguration of Senator Dr. Ifeanyi Okowa and Barr. Kingsley Otuaro as Governor and Deputy Governor of Delta State respectively, for second term in office, the Honourable Member representing Aniocha North State Constituency in the State House of Assembly, Hon. Engr. Emeka Nwaobi has congratulated them on the auspicious occasion of their swearing-in ceremony, on behalf of the people of his constituency.

Hon. Nwaobi in a congratulatory message personally signed by him, expressed the joy and happiness of the people of Aniocha North on the inauguration of the Governor and his Deputy and said that the occasion is a clear attestation of their impeccable and astute performances in their first term in office, which he noted benefitted every part of the State.

The Honourable Member, stressed that the people of Aniocha North are joyous for the fact that they have remained great beneficiaries of the proactive and good governance of the Okowa’s administration, even as he pledged the continuous support and cooperation of the people of the constituency to their administration as they commence their second term in office.

Nwaobi therefore, on behalf of the People of Aniocha North, prayed for God to, in His infinite mercy guide them, direct and sustain their vision as they discharge their responsibilities in line with the mandate given to them by the entire people of Delta State.

The Congratulatory message reads in whole:

With sincere heart full of joy, I, Hon. Engr. Emeka Emmanuel Nwaobi, Member, representing Aniocha North State Constituency in the Delta State House of Assembly, on behalf of my family and the entire good people of Aniocha North, deeply rejoice with and congratulate His Excellencies, Senator Dr. Ifeanyi Okowa and Barr, Kingsley Otuaro on their highly esteemed inauguration into office for a second term as Governor and Deputy Governor of Delta State respectively.

Your Excellencies Sir, today’s occasion is significant as a clear testimony to your quality and exemplary administration that has immensely benefited every component of the state in such proportion that convinced majority of Deltans without coercion, who willingly voted for your continuity in office in the recently conducted gubernatorial election in the state.

There is no gainsaying the obvious Sir, that as a constituency, Aniocha North has never had it so good before now; a reason why the constituents will always support the government’s policies and programmes, even as they look forward with faith to enjoying more dividends of democracy, which is synonymous with your administration.

As we join Deltans in celebrating your inauguration this day, we pray that God will continue to guide your administration, direct and sustain your vision in the discharge of your executive responsibilities for the good and benefit of the entire people of Delta State.

CONGRATULATIONS TO YOUR EXCELLENCIES!