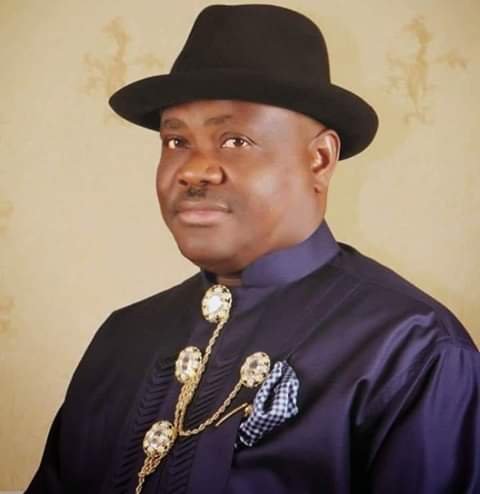 Rivers State Governor, Nyesom Ezenwo Wike, has declared that he is yet to form his cabinet because he is seeking out people who will work with dedication and passion for the state.

A report by Simeon Nwakaudu, Special Assistant to the Rivers State Governor, Electronic Media, issued on 9th September, 2019, stated that Gov. Wike gave this clarification while speaking during the submission of report by the Committee for Accreditation and Approval of Private Schools in Rivers State at the Government House Port Harcourt on Monday evening, adding that he will not be moved by criticisms because he is committed to doing what is right for the state.

He said: “I have not formed my cabinet because I am taking my time to monitor and look at people who would work with passion for Rivers State.

“Politics is involved, but you must be ready to work for the state. That is why you see that there is a delay in the formation of the cabinet. No matter the criticism, I will do what is right”.

Gov. Wike said all focus must be on working for the sustained development of Rivers State.

“We must work to move Rivers State forward. In doing that, we must step on toes. We can’t allow the state to be the way it is.

The Rivers governor further explained that he established the Committee for Accreditation and Approval of Private Schools in Rivers State because of the urgent need to check the downward slide of private schools in the state.

He said: “People have unnecessarily commercialised education. They have become traders in the field of education. We will not allow that to continue.

“I hope you went to the churches to investigate their schools. We cannot allow what is going on to continue. Some schools are collecting fees and killing our children and say they giving them education. The 763 remaining, we will select a team to visit these schools. Any school that is not qualified to operate will not get our final approval”.

The Governor stated that his administration remains committed to addressing the infrastructural and equipment needs of public schools in the state.

He said: “I will do everything to turn around the public schools. We are about to revive Enitonna High School, Borokiri, Western Ahoada County Grammar School, Government Secondary School, Obuama and others. We are committed to reviving all the great schools of the past”.

He set up a committee to review the report and set the template for implementation.

“The Head of Service, Attorney-General, Chief of Staff and a committee of Permanent Secretaries will review the report and submit an implementation report. Your efforts shall not go in vain”, he said.

Chairman, Committee for Accreditation and Approval of Private Schools in Rivers State, Prof Ozo-Mercury Ndimele informed that 2651 private schools registered for the exercise at the office of the Secretary to the Rivers State Government. He said the State has about 5000 private schools .

He said out of the 2,651 registered at the office of the Secretary to the Rivers State Government, the committee inspected 1,888 schools while 763 schools were not inspected.

Prof Ozo-Mercury Ndimele said the committee proposed 12 recommendations to the Rivers State Governor. He said that schools should only operate in line with their approvals, while those with interim accreditation are given two years to upgrade.

He recommended that the State Government must act on the number of private schools in the state. He said during the exercise the committee visited one third of such schools.

The committee suggested the establishment of a commission for the regular assessment and accreditation of private schools.