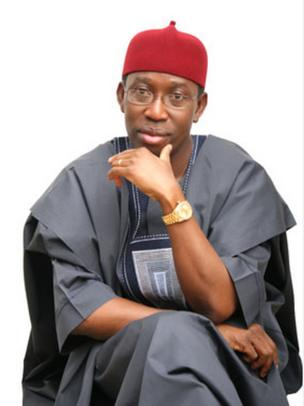 The traditional ruler of Ewulu kingdom in Aniocha South Local Government Area of Delta State, His Royal Majesty(HRM), Obi Godwin Onyenweuwa has described the victory of Governor Ifeanyi Okowa at the just concluded Delta State governorship election petitions tribunal, as a victory for the Peoples Democratic Party, PDP and Delta North as a family.

The Traditional Ruler of Ewulu made this known to journalists in his congratulatory message signed by his palace secretary, Chief Chukwuka Dege, noting that his victory has really proved that the judiciary still remains the last hope for the common man.

The Obi noted that Okowa’s first tenure in office proved to Deltans that he was detribalized Deltans who have come to bring dividends of democracy to all Deltans through his Smart Agenda.

OBI Onyenweuwa appealed to Deltans to support the Governor to see that his vision for stronger Delta is achieved.

The press release reads in part: “We appealed to the Governor to ensure that his second tenure will surpass the numerous achievements he had made in his first tenure. We prayed that the good Lord that brought him to power will see him through his second tenure”.

“We also used the opportunity to congratulate member representing Aniocha South Local Government Area at the Delta State House of Assembly, Hon. Austine Chikezie on his victory at the tribunal”.

“We used the opportunity to remind him of his promise of addressing the 10km Ewulu/Isheagu road which its deplorable condition is a course for concern. We admonished Deltans across the three senatorial districts to support Governor Okowa on his vision of building a stronger Delta”.