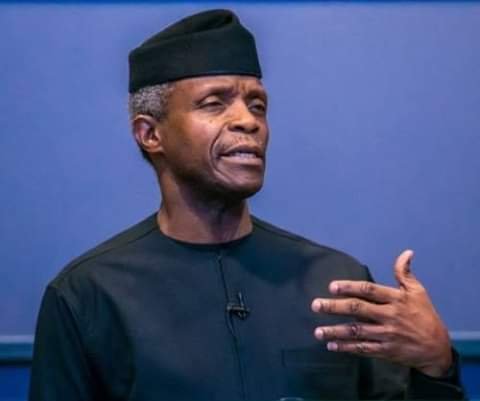 As part of the measures aimed at curbing security challenges in the country, the federal government is committed to the full implementation of community policing, Vice President, Professor Yemi Osinbajo said in Abuja on Tuesday, October 15, 2019.

Osinbajo made this pledge at the 11th National Development Summit of Traditional Rulers, NDSTR, which held at the Shehu Musa Yar’Adua Centre, Abuja.

Represented by the Minister of Niger Delta Affairs, Obong Godswill Akpabio, Vice President Osinbajo said a meticulous implementation of community policing could bring about peace and harmonious co-existence among Nigerians across the country.

Calling on traditional rulers to support the policies and programmes of government by helping the latter to sensitise their subjects, the Vice President added that the royal fathers, though not empowered constitutionally to act as state actors, possess moral authority no politician could boast of.

He said: “The federal government is committed to implementing community policing as it is capable of enhancing our surveillance capacity. Community policing is central to the successful implementation of the National Livestock Transformation Plan, NLTP, which will bring about peaceful co-existence among farmers and herders.

“As traditional rulers, you are in a position to provide intelligence in matters of security and you are better placed to assist us to localise our policies to enable us to meet the needs of your people.

“You may not be state actors but you are far from being powerless. As traditional rulers, you are not burdened by thoughts of election or time limit. Your moral authority is key to ensuring peace in your respective domains.”

Earlier in his opening address, Chairman of the Governing Council of NDSTR and the Ovie of Uvwie Kingdom, His Royal Majesty, Dr Emmanuel Sideso expressed worry over the state of security across the country even as he called on the government to deploy the experience of monarchs in finding solutions to the challenges bedevilling the nation.

He further warned against the wholesome approach of using “brute force” as a response to banditry, kidnapping and terrorism, saying such a sole model could be counter-productive.

According to him, “the conditions which brought about the security challenges are not irreversible. We believe that the use of brute force in finding a solution to these challenges can be counter-productive,” adding that the culture of the people could go a long way in fostering peace across the land.

Also speaking, Programme Chairman and Emir of Akko, His Royal Majesty, Umar Mohammed Atiku said though, traditional rulers were apolitical in the conduct of their affairs, he thanked God for the victory of President Muhammadu Buhari in the February 23 election, saying but for him, the country was heading in the wrong direction “four or five years ago.”

He called for the creation of the Office of Special Adviser to the President on Chieftaincy Affairs as a way of bringing traditional rulers closer to the realm of governance of the nation.

The event was attended by a legion of traditional rulers from across the country including the famous Professor of Music and Eze Ijikala II of Oko, His Royal Majesty, Laz Ekwueme, among them.