The Executive Chairman of Eleme LGA, Hon. (Barr.) Philip Okparaji has expressed joy following plans by the Marine Continental Seal, an affiliate of the International Maritime Organization (IMO) to have an operational office at Eteo in Eleme LGA.

Receiving members of the unit led by Officer in Charge (OIC) of Eleme Unit, O.E. Neji in his office, the Executive Chairman while highlighting the advantage a Marine merchant base will bring to Eteo and the local government at large, urged them to begin operations as soon as possible. Assuring them of the councils’ total support, he said apart from boosting security, the engagement of Eleme youths will also curb unemployment and youth restiveness when operations is in full gear.

Commending Levi Kenya an indigenous Mariner from Eteo for releasing his property for the establishment of the Marine Merchants office, he charged youths of Eleme to borrow a leaf from the mariner and emulate his patriotic efforts.

Earlier, leader of the delegation, O.E. Neji said the purpose for their visit was to familiarise with the chairman and inform him officially of their operations as Eleme is one of the Four coastal local government areas. He explained that the Marine Continental Seal is an affiliate of the International Maritime Organization with focus on Marine safety and security, he added that among other things, the Marine merchants are involved in search and rescue, flood emergency response, marine investment and development and other activities that will bring about growth and development in the area. They appealed for the support of the grassroot and the government at all levels.

He handed their profile and proposal to the Chairman to pass over to the Governor of the State. 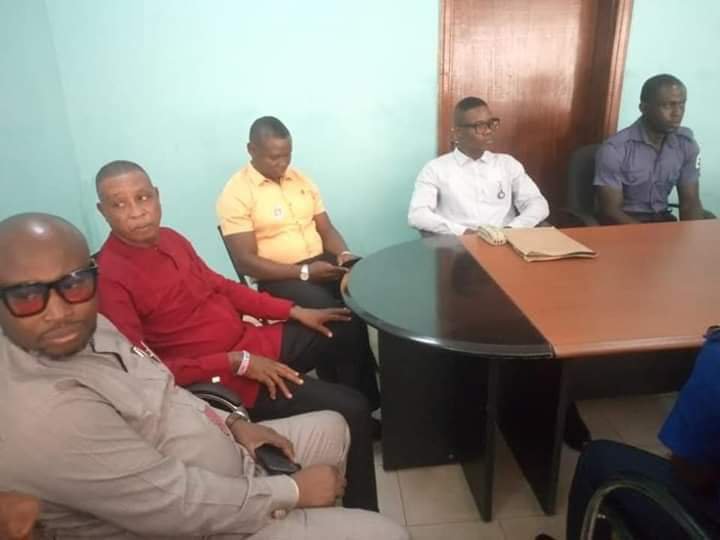