Rivers State Governor, Nyesom Ezenwo Wike has declared that the State Government will not wait for the Federal Government in its commitment to provide palliatives for Rivers people during the trying period of checking the spread of coronavirus.

Governor Wike also announced the one-month suspension of the Local Government Council Chairmen of Abua/Odual Local Government Areas for failing to show commitment in the fight against coronavirus.

Inaugurating a 33-man Committee to purchase foodstuffs from Farmers/Fishermen for distribution to Rivers people on Tuesday, 7th April, 2020, at the Government House, Port Harcourt, Governor Wike said the State Government is making the right sacrifice for Rivers people.

He said: “We are not waiting for the Federal Government to assist us. We are making the right sacrifices to promote the welfare of our people. ”

He directed the members of the committee to work for the people of Rivers State by deploying the allocated funds for the good of Rivers people.

He said: “It is the duty of this committee to ensure that this policy succeeds. We must not fold our hands at this time “.

The Governor said that the entire world is in a war situation and tough measures must be taken to tackle the outbreak.

He said: “Our goal is to ensure that no agricultural product like yam, garri, plantain, palm oil and fish leaves our State during this period.

“While the farmers and fishermen will make their profits, the less privileged will have enough food supply for their families.”

He said: “We appreciate the magnitude of this assignment and the committee will hit the ground running.”

He said that the committee will ensure that Rivers people benefit from the outstanding policy of Governor Wike to assist them during the coronavirus crisis. 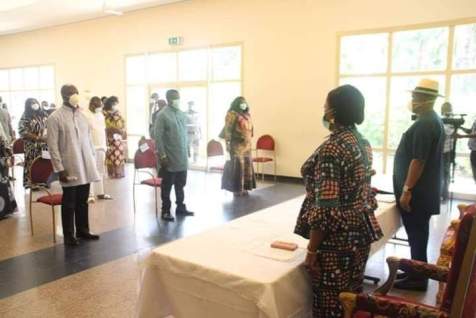 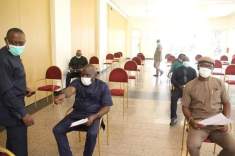 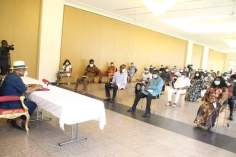 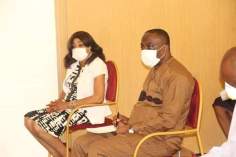