As part of measures to cushion the effects of the lockdown due to the ravaging Coronavirus pandemic, the Deputy President of the Senate, Senator Ovie Omo-Agege, has commenced the immediate disbursement of cash to some low income persons across the eight Local Government Areas that make up Delta Central Senatorial District.

The exercise which commenced in Kokori Inland in Ethiope East LGA today witnessed the handing over of the cash palliative to individuals in their homes without discrimination.

According to the Head of the Committee set up to coordinate the disbursement, Hon. Innocent Emosivwe Anidi, a total of two hundred (200) households from each Ward in the Senatorial District will receive the sum of Five Thousand Naira (N5000) per household.

There are Eighty-Five (85) Wards in the eight Local Government Areas that make up Delta central.

This translates to Seventeen Thousand (17,00)
households in the Senatorial Zone.

In a brief message to the Constituents, Senator Omo-Agege appealed to the people not to trivialise the Coronavirus disease, urging them to always obey government’s orders on measures aimed at containing the spread of the deadly
virus.

He said the cash disbursement has been designed to reach the people directly and not throuh proxies.

He equally called on the people to continue supporting and praying for the President Muhammadu Buhari administration in its effort to take Nigeria to the Next Level of development even as the nation battles to stop the spread of the pandemic which has ravaged several other nations globally. 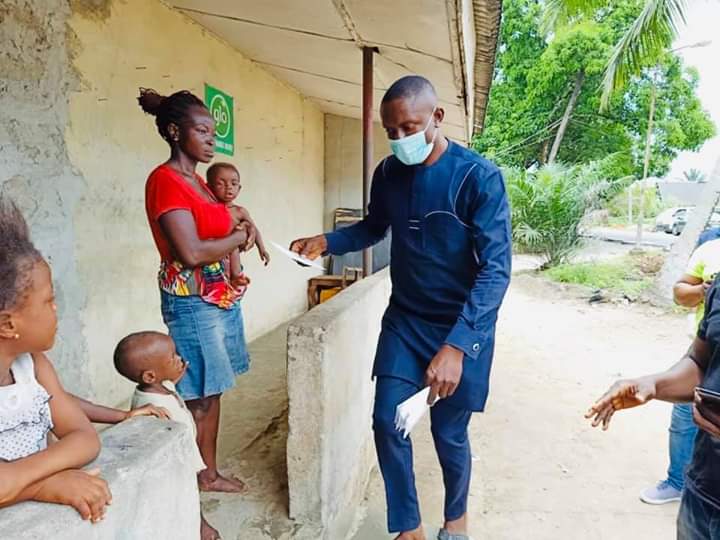