As part of measures to strengthen and beef-up its security apparatus and operation, the Akwa Ibom State Government has introduced Community Policing into the security network of the state.

The Governor said, Community Policing became necessary to strengthen security in the communities to ward off criminality and stem the tide of vandalism especially on public utilities and infrastructures, such as the vandalization of electricity transformers in Communities.

Pointing out that the major social contract between government and citizens is the security of lives and property, Governor Emmanuel emphasized that Community Policing which works best with the knowledge of the culture of the people will serve as the most effective means of containing criminality in the society.

The State Chief Executive who reiterated that, his government’s drive towards electricity for all will survive well with Community Policing,
decried the spate of vandalization of public infrastructures in the state and described the urgly scenerio as a major security challenge faced by his administration.

While acknowledging that peace and security are major indicies in the development and prosperity matrix of the state, Governor Emmanuel reiterated his administration’s commitment to ensuring peace and security for the people of Akwa Ibom state.

He expressed optimism that the community policing that has been put in place will change the narrative positively in this regard and used the occasion to appreciate the support of security agencies towards checkmating criminality in the state.

Earlier, the Inspector General of Police, Mr. Abubakar Adamu represented by the Supervisory Deputy Inspector General in-charge of South South, Mr. Anthony Michael, spoke glowingly on the efforts of the state government in the maintaining of peace as well as the security of lives and property of citizens in the state. 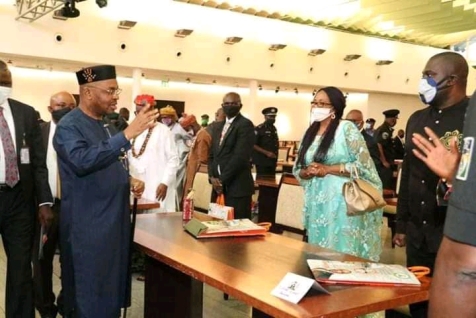 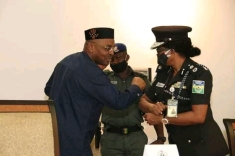