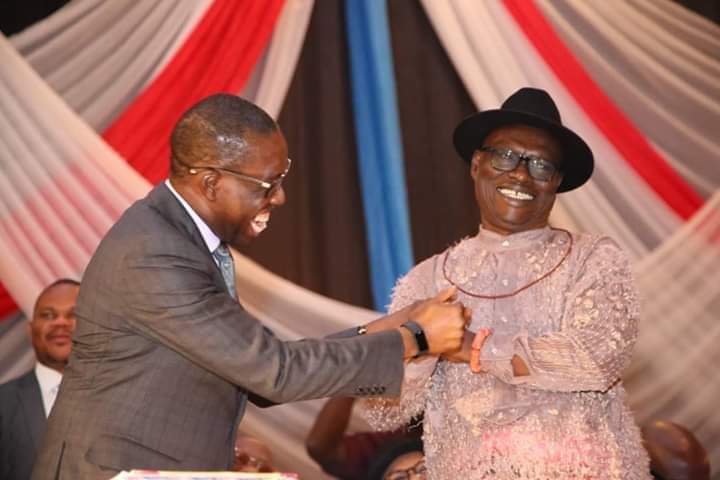 A former Secretary to Delta State Government (SSG), Comrade Ovuozourie Macaulay has felicitated with the Governor of Delta State, Senator Ifeanyi Okowa on his fifth year anniversary in office.

In a goodwill message to commemorate the anniversary, Macaulay noted that the Governor, so far has done creditably well.Also, he lauded the leadership of the Peoples Democratic Party (PDP) in the state for its sagacity in propping up a structure that has made possible the success of the administration.

“Your Excellency, you are in fact a living proof that democracy remains the best form of government to have been evolved by man,” the former SSG said.

Macaulay who is the Director General (DG) of Warri, Uvwie and Environs Development Agency (WUEDA), described the Governor as the Ekweme of Nigeria’s politics.

He said that the past five years has been a period of Peace and steady Progress, and wished Okowa and the PDP family many more years of progressive service to humanity even as the Governor work assiduously on his Stronger Delta mandate.