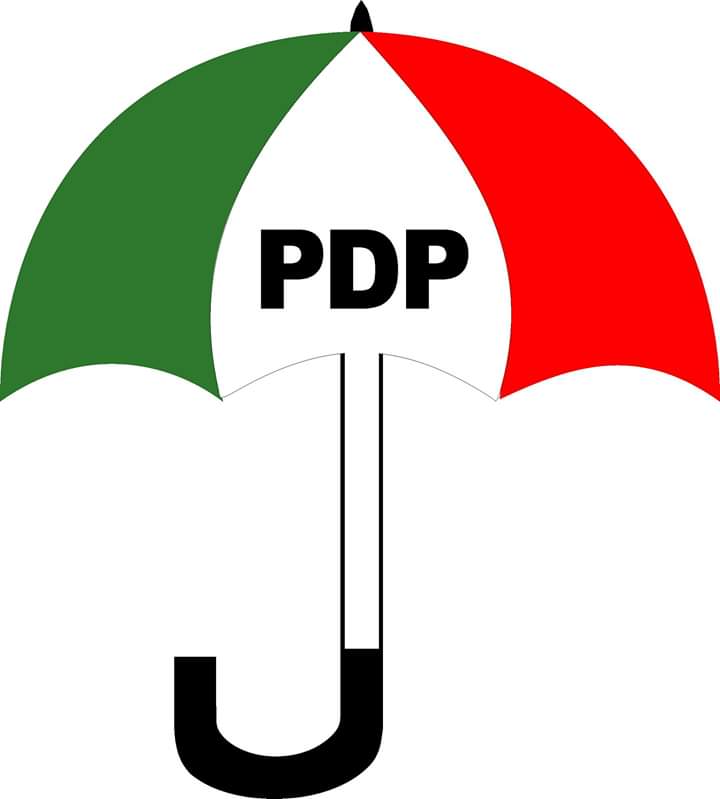 The Delta State Chapter of the Peoples Democratic Party PDP has frowned at the latest press statement issued by Mr. Sylvester Imonina, Publicity Secretary of the All Progressives Congress, APC in the State, titled: ‘Operation Delta Hawk: Another Political Showmanship.- Delta APC’, issued on 27th May 2020, describing the statement as childish and misplaced, especially at this time when Delta State is battling the deadly scourge of Coronavirus ravaging the entire world with fatal consequences.

Delta PDP Publicity Secretary, Dr. Ifeanyi Osuoza, in a terse but precise response to the APC statement, chided the opposition party in the State for its penchant to constantly invoke diversionary, anti-human criticism at critical times and for displaying crass ignorance about the workings of governance, even as he pointed out that Governor Okowa is not a leader given to showmanship and while the Delta Governor is seriously engaged in efforts to curtail the spread of Covid-19 in the State, all other matters of governance, including the security situation, are being handled with the usual strategic, methodical acumen and meticulous articulation which have defined the Governor’s impressive and widely acclaimed successes over the years.

Dr. Osuoza said: “Once more, we are compelled to respond to a Press Statement by the opposition APC in the State, which is not only childish and diversionary but sadly reflects again, the ignorance of the party’s handlers in the workings of government.

“Let us inform the APC for the umpteenth time, that President Muhammadu Buhari has deliberately refused to sign the bill on the establishment of Vigilantes Group of Nigeria, already passed by the National Assembly, into law. Constitutionally, the Vigilante Group of Nigeria has been put under the supervision of the Nigerian police, so all dealings with the group must be through the Police Command.

“It is on record that Governor Ifeanyi Okowa has constantly emphasised the administration’s support and accommodation of Vigilantes through the appropriate channels, on numerous occasions, in recognition of the constitutional provisions regulating their operations and this is a simple matter the APC as an opposition party should be aware of, instead of spewing pathetic tales about the situation of Vigilante groups in the State.

“Again, we are also deeply disappointed to note that the APC, from its press statement, is obviously out of tandem with the time and reality of events at this time. Perhaps it is the effect of the coronavirus lockdowns that has disoriented and dislocated the APC publicists, but it is worth reminding them that the Delta State Government announced the setting up of ‘Operation Delta Hawk on May 19th, 2020 and ‘not about two weeks ago’ dating from their May 27th Press statement.

‘By way of information too, Governor Ifeanyi Okowa, just a few days after announcing the plans for ‘Operation Delta Hawk’ inaugurated two committees on community policing in the State viz; the State Community Policing Advisory Committee (SCPAC) and State Community Policing Committee (SCPC), with the clear mandate to deepen the security architecture in the State so that insecurity issues can be nipped in the bud and also to support in bolstering community policing to check criminal activities and assist the Police and other security agencies to provide and ensure the sustainability of a crime-free society.

And to set the records straight and debunk any insinuations of not reaching out to committee members, here is the comprehensive list of the composition of both security committees:

From the above, therefore, one wonders where and how the APC came to the conclusion that Governor Okowa’s robust efforts at battling the insecurity situation are ‘showmanship’. Indeed Governor Okowa himself has made it clear that despite the steady progress made by his administration in partnership with relevant security agencies to ensure the peace and safety of individuals, communities and public property in the State, there is a compelling need to continually deepen and expand our security architecture in such a manner that they are able to preempt and arrest any untoward development.

Finally, on this issue of “Operation Delta Hawk'” we will refer the APC to the Press Briefing by the Secretary to the State Government, Barr. Chiedu Ebie, in which he comprehensively outlined the structure, composition, and mandate of the new security outfit, as well as the comprehensive interviews granted to a national Newspaper. The Press conference was widely reported in both the mainstream and online media and the interview is already being serialised in parts in the Newspaper. The APC Publicists would do well to live up to their responsibility by actually reading the entire reports detailing the decision to set up a security outfit, instead of just the headlines.

There’s no doubt that the last three months or thereabouts have been very tasking and challenging, not just with the life and death scourge posed by the COVID-19 global pandemic, but also of emerging security risks confronting the Country as a whole and especially the Southern States, with the escalating fatal attacks of suspected herdsmen on residents of our communities and the disturbing influx of able-bodied youths and ‘almajirai’ into its territories.

The Delta State government has responded swiftly and robustly to the twin occurrences with mandated comprehensive public health and personal hygiene guidelines and advisories endorsed by the medical authorities, operational directives for all sectors to curtail community spread of the pandemic and the strict enforcement and monitoring of border closures of all entry points into the State. In the fullness of time therefore, the form, structure, and operations of “Operation Delta Hawk’, will manifest for the APC doubting Thomases to behold and applaud.

For the avoidance of doubt, it is important to inform the APC that the setting up of a Security outfit like “Operation Delta Hawk'” cannot be compared to the convening of their numerous failed reconciliation meetings, where they rush headlong into calling people together for a meeting, without having a clear cut direction of where they are heading or how to achieve their aim. It is little wonder therefore that all their reconciliation jamborees, after much press hype, have collapsed like a house built on a sandy foundation and they want Governor Okowa and the PDP to behave like them? Never!

Governor Ifeanyi Okowa (Ekwueme) and the PDP are more articulate, intelligent, and focused to rush into serious policy decisions that involve the protection of the lives and properties of Deltans. The Okowa administration is not only a responsive government that has continued to address emerging and emergency situations, by taking concrete steps in protecting the lives and properties of Deltans, but it is also a proactive, pragmatic and focused government that is fully committed to building a stronger Delta for all Deltans.

We urge Deltans to continue to obey all the safety directives to curb the spread of Coronavirus in the State; Wash their hands constantly, with soap and running water, maintain social distancing and make the wearing of face mask compulsory now that the lockdown has been relaxed, as well as obey other directives and advisories. Covid-19 is real, but together we can defeat the pandemic by the Grace of God. Amen.