Rivers state Executive Council has approved the concession of existing agricultural facilities in the state to investors, who are interested in bringing their expertise to bear in harnessing the potentials in the sector.

At its meeting held on Thursday, June 4, 2020, at Government House Port Harcourt and presided over by the state governor, Nyesom Ezenwo Wike, the council said the decision is predicated on the fact that the state is been driven to become the agricultural hub in the south-south region.

Addressing journalists after the meeting, Rivers State Commissioner for Agriculture, Dr. Fred Kpakol said such investors will be expected to indicate interest in any of the agricultural facilities existing in the state.

He said there are fish farms and multi-crop school-to- land farms in the 23 local government areas of the state including the Songhai Farms that are now available for investors who want to key into the agricultural programme of the government to achieve food security and generate employment for Rivers people.

The commissioner also said the name of the cassava plant at Afam, Oyigbo local government area of the state has changed to Rivers Cassava Processing Company limited.

Dr. Kpakol said the change became necessary because one of its partners, Datco changed the name it used in 2011 on the contractual agreement, which made it cease to be a recognised entity.

According to him, the equity share holding of the partners in the investment still stands at 70% for Rivers State Government, Datco has 28% and SPDC 2%.

Also addressing journalists after the meeting, the Rivers State Commissioner for Health, Professor Princewill Chike said after the index covid-19 case was recorded, the state government had taken measures to contain the spread of the virus in the state.
The success of those measures, he said, is evident in minimal spread seen.

Prof. Chike said the testing capacity of the state has also been boosted with the acquisition of testing machine by the state government, which now aids the collection of more samples daily.

He said all allottees have been issued designated bank accounts into which to pay the required shop allocation fees and any person who failed to pay within the stipulated time will risk losing ownership.

Dr. Bariere stated that all traders and members of the public going to do business at the market must observe all public health and safety standards including the use of face masks.

He said there will be hand washing facilities provided at the entrances of the market for use by people going to do business there, including the use of hand sanitisers and physical distancing must not be compromised.

On his part, Rivers state commissioner for information and Communications Pastor Paulinus Nsirim said council hss also approved guidelines to adopt by members of the public who want to bury their loved ones during this period of covid-19 pandemic. 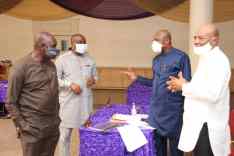 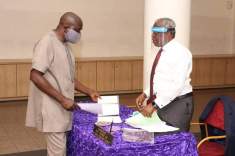 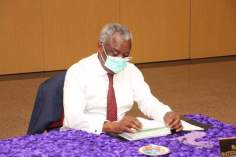 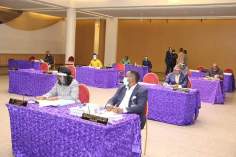