The Rivers State Government is to commence the construction of a Fourth Flyover at GRA Junction.

In addition, the Rumuola Flyover is to be expanded to accommodate additional vehicular traffic.

These new projects will complement Rebisi, Rumuogba and Okoro-nu-Odo Flyover projects which have reached advanced stages of completion.

Governor Nyesom Ezenwo Wike, according to a statement by Paulinus Nsirim, Rivers State Commissioner for Information and Communications, disclosed this today, June 10, 2020, while addressing journalists during an inspection tour of projects executed by Julius Berger Nigeria Plc in Port Harcourt and Obio/Akpor Local Government Areas of the state.

Governor Wike who was accompanied by the Managing Director of Julius Berger Nigeria Plc, Dr. Lars Richter, also inspected the urban renewal programme of his administration at both the Old and New Government Reservation Areas.

The State Chief Executive while noting that work would soon be completed in most of the ongoing projects also promised to dualize Mummy B Road to Stadium road to ease the flow of traffic in the city.

He stated that his decision to embark on projects even at a time the state government is fighting COVID-19 is because people would. still need basic infrastructure to improve their lives after the pandemic.

Governor Wike debunked the impression that only Julius Berger Nigeria Plc are executing projects in the state, pointing out that there are other notable indigenous contractors that are working for the state government.

He expressed satisfaction with the level of work done at the various projects sites in the state and said the projects would be delivered within schedule.

The governor said that his administration would invest in building standard hospitals to discourage medical tourism.

Also speaking, the Managing Director of Julius Berger Nigeria Plc, Dr. Lars Richter assured the State Governor that the company would deliver the three flyover projects as promised during the signing of the contract.

He commended the Governor for his good management of COVID-19 which has also impacted positively on the level of work done by his company.

Other projects inspected by the Governor include, the new Government House Clinic /Administrative Building, dualization of Olumeni Street in Old GRA, dualization of Tombia, Emeyal, Elelenwo Streets in New GRA, the Judges Quarters and the Mother and Child Hospital. 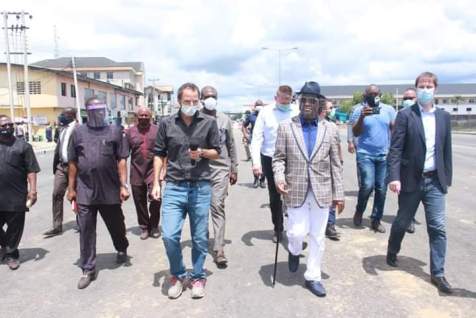 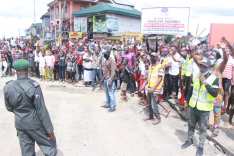 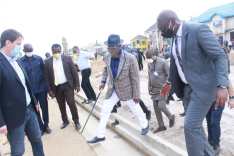 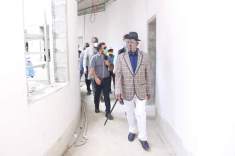 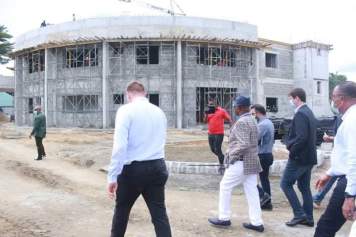 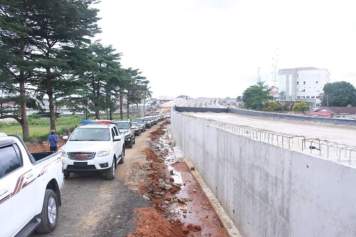 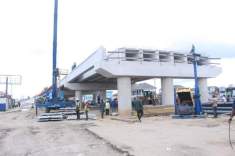 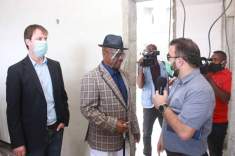