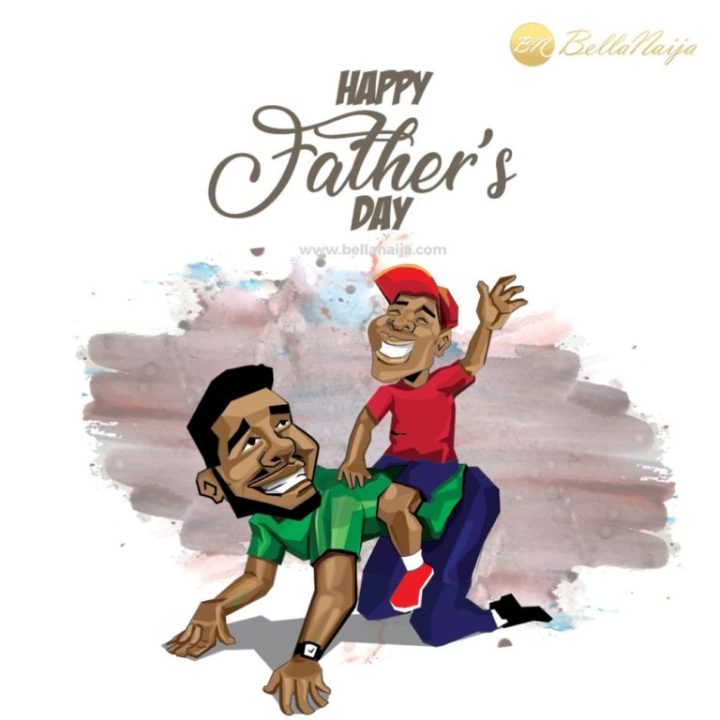 Father’s Day is a day of honouring fatherhood and paternal bonds, as well as the influence of the fathers in their respective homes and the society at large. As we celebrate our fathers today, it is imperative to note that, “The Fathers Worth Celebrating In Today’s Marketplace”, are those with integrity, love, courage, selflessness and above all, the father that are committed to the principles of fatherhood as directed by God.

These qualities and principles were noted by Sonara Smart Dodd in 1909, in the life of her father, Williams Jackson Dodd who she said singlehandedly brought her and her sibling up after the death of their mother.

The Father’s Day as presently celebrated started in 1909 when Sonora Smart Dodd was listening to a Mother’s Day sermon at the Methodist Episcopal Church in Spokane, Washington. During the sermon, she was inspired to dedicate the day to her father who stood by them in the absence of their mother.

Sonora could realize the greatness of her father and how deeply his love and sacrifices have touched her. To pay a tribute to her great father, Sonora Smart Dodd held the first Father’s Day celebration on 19th of June 1910, on the birthday of her father. She was the first to solicit the idea of having an official father’s day observance. However, unlike Mother’s Day, which was readily accepted, Father’s Day was received with mockery and hilarity until 1913, when a bill in accordance with making the day official was introduced. The idea was later approved by US President, Woodrow Wilson in 1916. In 1924, the idea gained further momentum as it was approved by President Calvin Coolidge. In 1926, a National Father’s Day Committee was formed in New York City. However, it was thirty years later that a Joint Resolution of Congress gave recognition to Father’s Day. Another 16 years passed before President Richard Nixon established the third Sunday of June, as permanent national observance day of Father’s Day in 1972.

And today, the United States is one of the few countries in the world that has an official day on which fathers are honoured by their children, celebrated on the third Sunday of June. Like Mother’s Day, Father’s Day was not conceived by hallmark but from a daughter who was moved following the sacrifices, courage, selflessness and love from her father to them. The Father according to her did not abandoned the children in the midst of difficulties and ran to the arm of another woman, but stood on his ground to see them succeed.

Father’s Day celebration is a reflection of what the fathers have contributed to development of a family and individual members of the family, especially the children. Though, the celebration is not limited to the children alone; the mothers also see it as a day to show love and compassion to their husbands for being there to build the home with them.

Hello Fathers, how is your home like? Are you the type of father that his wife and children can comfortably celebrate today for your selfless sacrifices towards their spiritual and physical development?

Looking at how the fathers have faired in the light of the decaying socio-economic situations means different things to different folks. The complex nature of the evolving society has created a difficult scenario, whereby corruption and godfatherism that reign supreme provided avenues for fathers to be contaminated with irresponsibilities. Some men when faced with challenges particularly unemployment resort to crime instead of seeking the wisdom of God. The challenges faced by Nigerian men have also left many of them in pitiable and criminal conditions. Cases abound in the country where fathers engage in shameful and unimaginable activities, unworthy of a father. This is why the father worth celebrating today is one that nurtured his children through thick and thin to greatness without giving excuses like some other fathers of this generation who will shirk their responsibilities at any giving circumstances.

Despite the breakdown in the value system in our country presently, there are still some fathers who are struggling without engaging in questionable ventures to see to it that all the neccessities of their home are met in order to mould a united and happy family. The role of a good father deserving an honour in today’s society is to create in his children, morals that would guide them to become great people that would add value to the society. A great father is one that will resolve before God to take full responsibility for himself, his wife and his children. Those that have fathers worthy of honouring will tell the sweetness in the father being their role model.

As we celebrate our fathers today, It is our desire that God grant wisdom generously to every father to make amend in any way they have failed their children and wife.

May God bless all our fathers in Stelonyx Direct. God will grant you all long life, prosperity and wisdom to raise godly home in Jesus name, Amen.

Happy Father’s Day to you all.