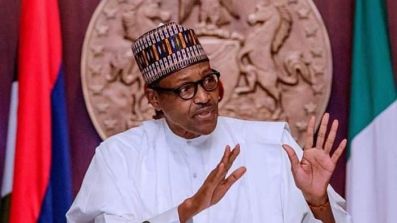 The people of Gbaramatu Kingdom, Warri South West Local Government Area of Delta State have warned the Federal Government that failure to rectify the unabated marginalisation of the kingdom may lead to the crippling of the operations of all Multinational oil and gas companies in the area if the needful were not done within the next ten days.

Chief Godspower Gbenekama T.D.A (JP), the Fiyewei ( Spokesman ) of Gbaramatu Kingdom in a worded letter on behalf of Gbaramatu Traditional Council of Chiefs to President Muhammadu Buhari said that they were constrained to have to write again to the President on issues that had previously been made known to his government through various fora and at different times to the Vice President, Prof. Yemi Osinbajo, especially on his visit to Gbaramatu Kingdom in January 2017.

Recalling that Gbaramatu Kingdom has kept to their end of the social contract that enabled the end of the previous dangerous era of agitation that was prevalent in Gbaramatu Kingdom that led to a situation where Gbaramatu became one of the safest places to live, do business and visit in Nigeria, despite all that, the government refused to treat them fairly.

They wrote thus; “In this letter, we will state a few of an inexhaustible list of grievances that threaten the continued peaceful upholding of this social contract that has now turned one sided. The Omadinor-Excravos road Project that was started and would have led to greater peaceful coexistence and dramatically improved economic relations between the neighbouring Local Governments has been put on indefinite hold under this administration. This is a project that is expected to bridge the Oil and Gas-rich Warri South and Warri South-West Local Government Areas that both continue to be exploited daily for the continued sustenance of the Federal Republic of Nigeria. This road would also cement a working and more cordial relationship, aiding peaceful coexistence between the Ijaws and Itsekiris of Warri south and Warri South-West Local Government Areas that the road will pass through and service”.

“Nowhere is this marginalisation more glaring than in the abrupt abandonment of the Multi-Billion Dollar Export Processing Zone (EPZ) Gas Revolution Industrial Park, Ogidigben and Deep Sea Port Project, Gbaramatu Project that would have created thousands of direct and Indirect Jobs at a time where this Government’s Job creation statistics and figures are taking a beating for not living up to the promises made. This is an opportunity to keep that promise with the added benefit of bringing together Gbaramatu Ijaw and Itsekiri people in a common, mutually agreeable economic venture”, they wrote further.

According to them, Gbaramatu, which spans a large part of one of three major Oil Producing Local Governments in Delta State (Warri South-West) is arguably one of the largest single benefactor Kingdoms of the Nigerian state, but lamented that; “Despite this, those of us who live in these areas where these exploration activities are carried out have been marginalised, ignored, taken advantage of, all the while, suffering the devastating side effects of this exploration that has occurred due to an almost zero federal presence in our communities. While Gas is piped from our communities to provide electricity to the North, West and other areas, our communities are left to grope in darkness. For example, the Azama and Inikorogha communities have been in darkness for close to 18 months because the light project where contractors are supposed to provide Diesel for the generator in use has not been happening”.

The people claimed that; “Contractors have neither been mobilised nor given approval to provide the Diesel the generator needs. This is the same case in Opuedebubor and Tebujor, where the Nigerian Gas Company has welched on their responsibility to procure Diesel for these communities, leading to a state of perpetual darkness for the past 12-18 months”.

They warmed that; “If this procurement process is not resumed immediately, we will be forced to stop pleading with the women of the communities who we have held back for months from going to the NGC office in Warri and occupying their offices. The presence of the ongoing Gas Generator project for these communities does not mean the communities should remain in darkness in perpetuity. The diesel procurement should continue until such a time as it becomes obsolete with the Gas Generator becoming operational. This continued darkness is untoward and has added to a myriad other issues like Pollution, poor sanitary conditions, total absence of potable water, lack of healthcare facilities to deal with the ailments that continued oil and gas exploration has caused. As we have shown, the federal Government owes a debt of gratitude to and a duty that can only begin to be repaid by fulfilling its commitments and obligations to the Kingdom.”

Continuing, they posited that; “This continued, untoward, deplorable and disgraceful marginalisation has been brought to a head with the news of the recently announced bidding process for 57 Marginal fields, offered by the Department of Petroleum Resources (DPR). We are by this medium, announcing our total and unequivocal objection to a bidding process that has for long excluded well to do, and capable Gbaramatu indigenes. If we are wrong in this assertion, we hereby call on the Federal Government and all its Oil and Gas agencies to within ten (10) days publish the names of any and all Gbaramatu indigenes that have directly benefited from any of these bidding processes. The goose that lays the golden eggs is tired of seeing said eggs carted away and enjoyed by everyone else without any discernible impact on its environment. The DPR has for years now, denied the Oil Mining Licenses required to partake in this bidding process to capable sons and daughters of the very places where these Oil fields are situated, and we say no more”.

“Another grouse of ours is the floating dock/shipyard that was meant for Gbaramatu Kingdom, and which, for unknown reasons, your administration is bent on diverting to other areas. The Floating Dock/Ship Building Yard which was originally planned to be situated close to the Nigerian Maritime University, Okerenkoko and was expected to provide students hands-on experience of the Industry they are training to join, has inexplicably been relocated. This is a massive slight, not only on a Kingdom that has partnered this Government on peace initiatives but is also a blatant and ill-advised attempt to deprive students of the Nigerian Maritime University, Okerenkoko, such a brilliang learning opportunity. This is a gross dereliction of duty and one we condemn in the strongest possible terms”, they wrote.

The peace loving people held out that they had also noticed with dismay the blatant lopsided appointments into various National agencies with no room for Gbaramatu indigenes despite their stated high contribution to the National cake.

Their letter also read thus; “Were we to start enumerating the instances where Government agencies in your administration have been accused of nepotism in the hiring and appointment process, we may have to take over a National Newspaper for a Week, such has been the preponderance of these instances. We have had instances where qualified Gbaramatu indigenes have been passed over for appointment and employment opportunities. Even within the Nigerian National Petroleum Corporation (NNPC) which is funded exclusively from the resources taken from our lands and waters, there has been such a lopsided slant to both appointments and employment opportunities, that indigenes of places like ours who fund the NNPC have no place in these opportunities, while less qualified, sometimes junior colleagues are flown all over the country to man oil installations while we bear the brunt of said exploration. This is an unfair state of affairs that we will no longer accept.”

They reeled out their demands to include; the restart of the Export Processing Zone (EPZ) Gas Revolution Industrial Park, Ogidigben and Deep Seaport, Gbaramatu Project, to restart the Omadinor-Excravos road Project that was discontinued by the administration of President Muhammadu Buhari, the immediate halt of the current bidding process for the 57 Marginal Fields and come up with modalities where competent companies owned by Gbaramatu Sons and Daughters will be given the right of first refusal on fields located in Gbaramatu and within the Warri South-West local Government Area, the urgent and immediate relocation to Gbaramatu of the Floating Dock/Ship Building Yard,

and a clear path to employment and appointment opportunities for their capable sons and daughters.

They warned seriously that; “If these demands are not considered and modalities put in place for their achievement, we will shut down ALL Oil and Gas operations in our homeland Ten (10 ) days after the publication of this letter.

Your Excellency, we await your immediate action and response, to avert fresh crisis in the Oil and Gas Industry, that will exacerbate the incoming financial crisis caused by COVID-19. We have stayed Silent for too long. We will be Silent no more. Enough is enough”.