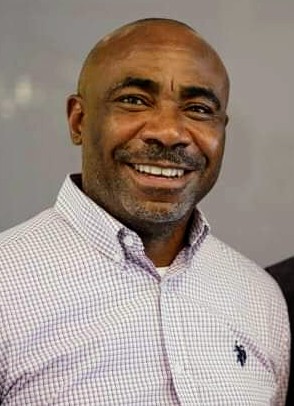 Two distinguished Journalists, both from the stable of the Guardian, Nigeria’s flagship Newspaper, have been nominated as Ambassadors by President Mohammadu Buhari.

Oma Djebah cut his journalistic teeth at the Guardian Newspapers, before moving to THISDAY Newspapers, why he rose to become the Group Political Editor and acquitted himself excellently to earn his well deserved recommendation and serve meritoriously as Delta State Commissioner for Information, under the Dr. Emmanuel Uduaghan administration.

Debo Adesina, a throughbred Guardian man through and through, became Editor of African Guardian magazine at age 27 in 1993, making him the youngest man to be appointed editor of a major publication in Nigeria at that time. He went on to become Deputy Editor of The Guardian (Daily) and pioneer Editor of The Guardian on Saturday, a weekly, renowned then as Nigerian journalism’s main event.

He became substantive Editor of The Guardian, in 1999, a position he held for more than 12 years, making him the longest serving Editor in Nigeria, before rising in 2012 to become Editor-in-Chief of the Flagship.

A six-times recipient of the Editor of the Year Award from the Nigerian Guild of Editors and a Young Global Leader at the 2008 World Economic Forum, Debo Adesina transformed The Guardian, under his watch, to become a perennial winner of the Newspaper of the Year Award from both the Nigerian Media Merit Award Foundation and the Diamond Award for Media Excellence, including the Newspaper of the Decade on the only 2 occasions that honour has been given (in 2001 and 2011) by DAME.

His stellar career as a Journalist is replete with a plethora of outstanding honours and nominations, including the Editor of the Year Award from the most prestigious Foundations as well as the nomination as Outstanding Young Person of the Year, among many other honours. He has served on the Panel of Judges for the CNN African Journalist of the Year Awards and the Guardian group of newspapers has produced, under Adesina, winners of some of journalism’s most prestigious honours globally, including the CNN/Multichoice Journalist of the Year.

The two journalists made the ambassadorial list of 41 non-career nominees forwarded by President Muhammadu Buhari to the Senate for confirmation.

The names of the nominees were read at Wednesday, July 1st, plenary by the President of the Senate, Dr Ahmad Lawan, shortly after the end of the closed-door session.

Below is the full list of the Ambassadors nominees: by states