RESOLUTIONS OF A MEETING,BY NNU YOUTH WING,HELD ON MONDAY 27TH JULY 2020,AT .
KWALE. 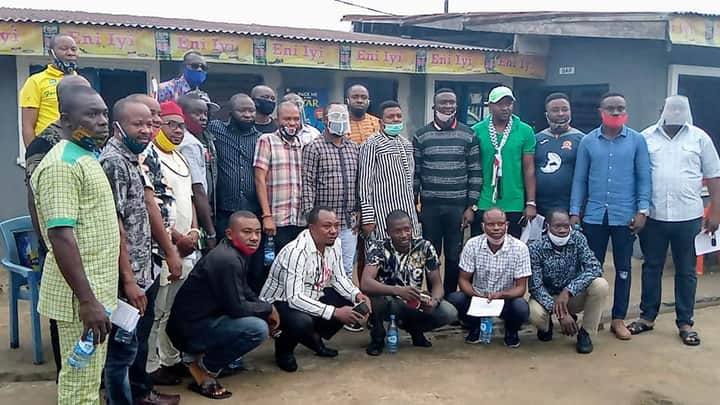 Over the years,Ndokwa Nation has been neglected by the Federal Government of Nigeria in all facets of life,even when Ndokwa Nation contributes over 50% revenue in oil and Gas to the Federal Government,it has been established that Ndokwa Nation hosts the largest deposit of Gas in Subsahara Africa,and hosts over 8 Multinational oil companies,but still very underdeveloped and neglected,it has become the goose that lays the golden egg,but has nothing to show for laying golden eggs.
After a meeting of the Youth Wing of Ndokwa Neku Union,NNU,these resolutions were taking.

2.NDDC and other Niger Delta agencies managerial appointments.
It is crystal clear that the FG is trying to cut out Ndokwa nation from Niger Delta,if not,how do you explain the non inclusion of Ndokwa people in the NDDC board,or any Niger Delta agencies,since inception,we call on the FG,to appoint an Ndokwa person as the Managing Director of NDDC now.

3.There is no FG presence in Ndokwa nation,except a FG correctional center,we call on the FG to immediately cite a Federal Polytechnic or a University of Technology in any part of Ndokwa nation.

4.We call on the Executive Director Social services in DESOPADEC,to lead the two other commissioners to start the processes of oil quantum review in Ndokwa nation,we cant continue to accept the 9% derivation formular done in 2007,even after more oil companies has been extablished in Ndokwa nation,and Ndokwa nation has thd highest gas deposit in Subsaharan Africa.

6.The Step-down of electricity project in Ndokwa nation,should be immediately completed.

7.We urge the FG,to immediately rehabilitate,the Agbor/Sapele Road,and other federal roads in Ndokwa nation,as they have turned to nightmare to road users.

8.We call on INEC to immediately,reactivate the existence of Constituencies 2 in both Ndokwa East and West,as it was before now.

9.The FG should as a matter of urgency dualize the Okpai/Ashaka/Kwale/Ogume/Amai/Obiaruku road.

11.We call on the Federal Government to immediately repatriate over 2000i llegal immigrants from India,China,Lebanon and others illegally working in oil companies in Ndokwa nation,as they have also illegally taking jobs belonging to our youths for themselves.

12.We call on the Delta state Government to immediately approve the take off of Abor Polytechnic and develop the Delta State school of Marine Technology,Kwale Campus.

13.We urge the Federal Government,to immediately complete the shore protection project,initiated by NDDC in the Riverine communities in Ndokwa nation.

We call on the FG to quickly attend to our demands in two weeks,or all oil facilities including Nigeria Agip Oil Company,Sterling Global Oil,Pillar Oil,Platform Petroleum Ompany,Chorus Energy,Midwestern oil & Gas,and others in Ndokwa nation,will be brought to their knees. 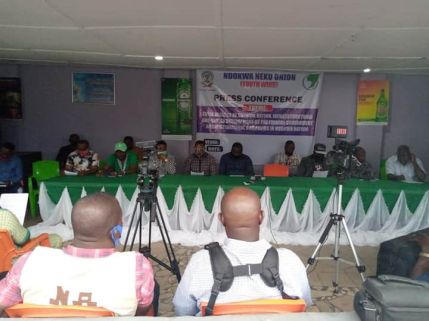