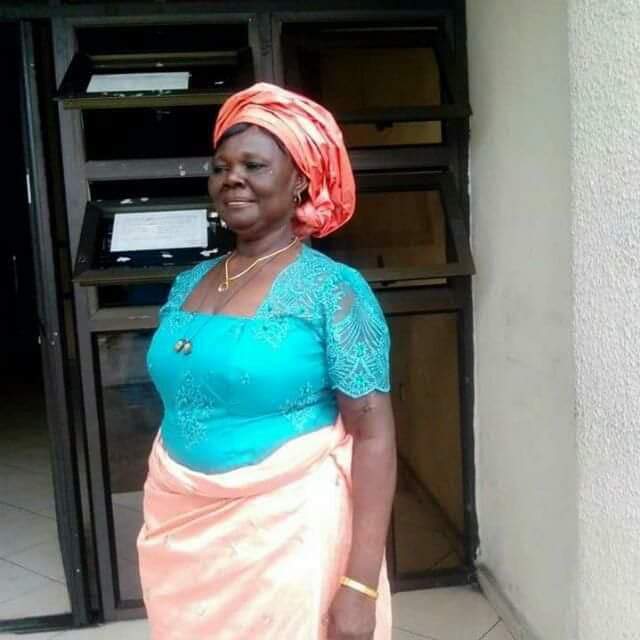 For a very long time, I will keep a date with Saturday, August 29, 2020. On this day, my Aunty, Mrs Christiana Ughweri, a younger sister to my mother passed away at the age of 62.

I was dressed early in the morning with the hope of leaving home at about 10:00am for two ceremonies lined up for the day. But at 9:00am while sipping a cup of tea, my phone rang. It is a call that you do not wish for your enemies. That call came from the eldest child of my Aunty, Christiana. He said his mother just passed away. My tea cup fell off. My wife who had followed me to a private clinic to visit her two months ago before she was discharged, was with me at the dinner table when I received the call. I wept. She cried.

Immediately, I drove out with my wife to my aunty’s place on Water Resources Road, Uvwie local Government Area of Delta. I saw her on her bed like someone enjoying early morning sleep. But I was wrong. Meanwhile, before I got to Water Resources Road, I called my mother and I told her I was just checking on her. I lied.

It was clear that she was dead and we called a Revered Father in the neighbourhood to come and pray for her before evacuating her to a mortuary. Prayer done, we moved her remains to the mortuary. I did all the documentations in the Clinic. Done, she was taken in ! I wept.

I drove back to Water Resources Road where I stayed with her children, before I went home with my wife to wait for signals from my Uncle who my late Aunty was next to in the family. He was far away in Agbor for a burial ceremony of the Father in law of one of our relations.

I took a bold step, drove down to see my mother at about 3:pm and good enough she was about eating when I got there. We ate together. Shortly after the meal, there was a knock on her gate. I arranged it for someone to be with her in the house before breaking the sad news to her. She was surprised when the person came in and I warned the person right from the gate that I was yet to inform my mother.

But how do you break the news to your mother that her sister was no more? I engaged her in stories, told her that I was to come with my Uncle who was far away in Agbor to see her. I did as the spirit directed and broke the painful news to her at last. Yes and as expected she wailed and my mother, Madam Comfort Dafe refused to be comforted because her sister was no more!

At exactly 6:00pm, my Uncle ( Fred Dafe ) called and I told him that I have informed my mother about the demise of their sister, my Aunty.

Aunty Christiana and you gave me a big assignment on Saturday, August 29, 2020. Yes, the assignment of breaking the hurtful news of your death to your sister, my mother.

Aunty Christiana, you lived a worthy and exemplary life, but you would have still stayed a little longer with us. You lived your life like a candle in the wind. We are solely going to miss you. I hate to say goodbye because I know that this goodbye is a hard one to say. But Good night, I must say my Aunty !