Governor Obaseki, who alongside his deputy Comrade Philip Shaibu and their spouses, led a delegation of PDP party chieftains and lawmakers, to the visit the President, was at the State House to thank President Buhari for ensuring the September 19, governorship election was free, fair, credible and transparent.

Governor Godwin Obaseki of the Peoples Democratic Party, PDP, defeated Pastor Osagie Ize-Iyamu of the All Progressives Congress APC, and the Governorship candidates from 12 other political parties, to win the September 19th Edo State Governorship election.

However, there had been widespread speculation that Governor Obaseki, who dumped the APC after he had been disqualified from the party’s Governorship primary and joined the PDP to pick up the Guber ticket and subsequently win the election, would be tempted to return to the APC, having won the election on the platform of the PDP.

But the Edo State Governor, who was received warmly by the President and a host of top presidency officials and ministers, said it would be immoral to do so, adding that he would also uphold President Buhari’s stance on integrity.

Speaking after the meeting with President Muhammadu Buhari, the Edo governor who praised the president for his stance in the election despite being the leader of the country’s ruling party. said leaving the PDP for the APC goes “against President Buhari’s gospel of integrity.” 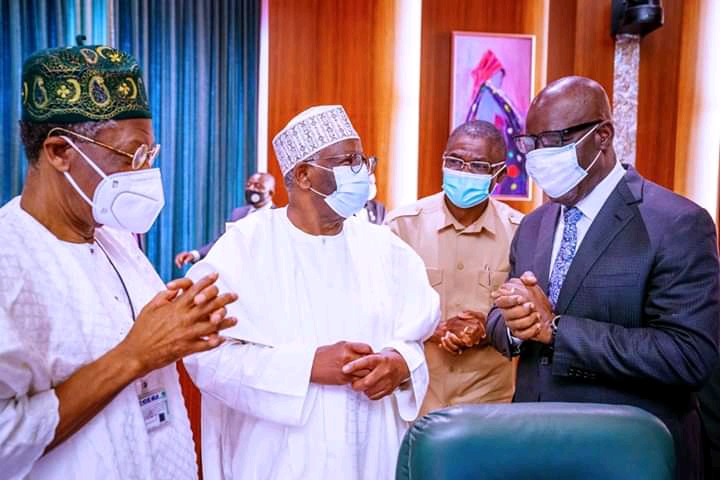 Governor Obaseki reportedly said: “This morning we are here in the villa to show our profound gratitude and appreciation to the President for this, which on the surface will look normal but the implications are very far-reaching. Because, this is a sitting president whose party’s was contesting an election and insisted that the right thing be done and a level playing field be created for contestants. By doing so, that singular action has deepened our democracy, far beyond what we can understand and imagine today,” he said.

”So, for that act alone, we felt we must come and say thank you. Mr President in his characteristic humorous manner said he reluctantly congratulated me for beating his party. He also pointed out that his role first and foremost as president of Nigeria, is to be president of all regardless of your party, race, tribe, creed. We couldn’t ask for more from Mr President, he really played the role of a statesman.”

On whether he will return to the APC, Obaseki said: ”Gleaning from the comments of Mr President, he said that he wants to leave a democracy that is built on integrity, accountability and hard work. Those were his words and I subscribe totally to that. It will not show integrity; it will not demonstrate somebody that has ethical or moral foundation to do what you asked about. “I Can’t Go against President Buhari’s Gospel Of Integrity. I couldn’t have contested in one party, won on that party and then consider moving to another party. It is not the kind of thing to do, it’s not the right thing to do and I am sure you will not encourage me to do that.”

Responding to a question on whether he will become a godfather after his term in office, Obaseki said he should be dealt with if he attempts to become a “godfather” after his time in office, stressing that godfatherism does not have a place in Edo State anymore.

The governor said: ”In the case of godfathers in our politics, I have said in several fora that the whole concept of godfatherism is very dangerous to our democracy. And that is why when we came into the political fray 2006/2007, the mantra then was to get rid of godfathers from our political life.

”God forbid I become a godfather, I should be dealt with accordingly because it’s dangerous to the concept of democracy.” 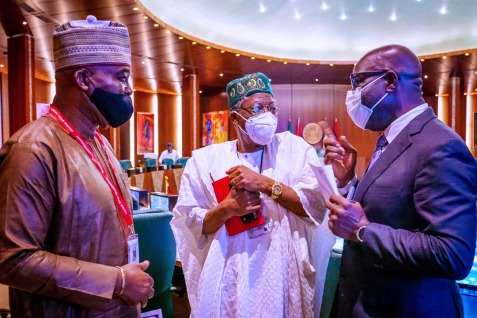 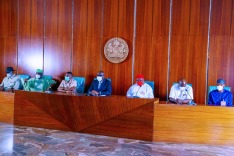