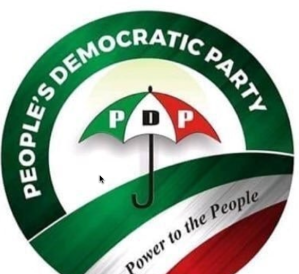 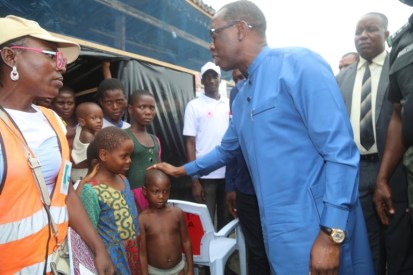 It is the height of impenitence, and indeed too late for the All Progressives Congress (APC) in Delta State to want to continue to give the impression that the Governor Ifeanyi Okowa-led Peoples Democratic Party (PDP) is out of favour with the good people of the State.

Of course, despite all the mischievous pranks of the lie telling APC and its infantile publicity machinery, the popularity of the Governor and the people’s support for his good works have continued to soar, even in the face of the challenge that the world-wide Covid-19 pandemic has constantly posed with dwindling sources of funds.

The latest in the Delta APC game of deceit is the façade of a caring one that it wore in its recent Press Release titled, “Flood Victims: Your Indifference Is Deafening – Delta APC To Govr. Okowa.” In that statement, the awful APC characteristically tried to paint the administration as uncaring about the plight of persons in flood-ravaged areas of the State. The APC propaganda machine wrote: “Delta APC and indeed Deltans are surprised at the “I don’t care” attitude of Govr. Ifeanyi Okowa towards the horrible conditions that these Deltans find themselves. Till date, no internally displaced persons’ camp has been set up to house them for the meantime nor palliatives sent to them to cushion the starvation that stares at them on the face every passing day!”

Of course, Deltans are not moved by the falsity of APC’s claims and crocodile tears. They cannot be swayed by such cheap and underhand claims because Deltans are conversant with the many efforts the State Government has constantly made to manage the flood problem and ease the pains experienced by the victims.

For instance, Deltans know first as a fact that as a result of the rapid spread of the Covid-19 pandemic that has lingered for a long time and unfortunately coinciding with the seasonal flood being witnessed across the Country, the State Government in its sympathetic nature at reducing the spread of the deadly disease thought it wise not to establish IDP camps this year as had been done in previous years. This is in line with the World Health Organization (WHO) initiative at curbing the spread of the disease.

Secondly, the citizens are not unaware that in her bid to assist the flood victims while still battling to put to rest the spread of Covid-19 in the State, the State Government mobilised and released some funds to Local Government Chairmen of impacted communities to ameliorate the impact to flood victims at their various LGAs.

Thirdly, it is no gainsaying that the Honourable Commissioner, Bureau for Special Duties in the company of officials of the State Emergency Management Agency (SEMA) has visited several flood-impacted communities to assess the level of devastation and gather data of victims with a view to recommending more possible assistance to victims and also source more assistance to the State Government.

Furthermore, it is needful to educate this juvenile APC propaganda structure that the National Emergency Management Agency (NEMA), managed by the APC-led Federal Government, has been collaborating with SEMA, and have jointly set up Emergency Operation Centre (EOC 1) in the State SEMA headquarters for effective management of communities and victims impacted by the flood. This was as a result of the clarion call put across to NEMA by the State Government.

Similarly that the Honourable Commissioner, Bureau for Special Duties in the company of NEMA/SEMA officials are currently in Koko, Warri North LGA in readiness to sail the waters of the River Niger to affected communities around Warri North LGA and thereafter proceed to communities within Warri South and Warri South West LGAs. All in a bid to obtain comprehensive data of the affected victims and make an adequate report to the Federal and State Governments respectively.

It is also important to make the point that the State Government looks up to the coming weeks, and based on NEMA/SEMA recommendation, relief items shall be received from NEMA to complement the State Government efforts thus far and bearing in mind that the requirements at managing this magnitude of disaster are highly capital intensive.

We in the Delta State PDP believe that we should urge the APC to appreciate the fact that so far, Delta State has suffered no death arising from the ravages of flood this year. And this is beside the good hand of God, we also dare to say that it is also a testimony to the proactive effort of the State Government through early sensitization of those in the flood-prone areas to leave their areas to safer grounds to prevent the onslaught of the ravaging flood on them.

The APC, that has sworn not to see anything good in the Okowa-led administration because of their sense of immaturity has refused to see this as something good and praiseworthy. Yet, Deltans appreciate this and will not relent in praising the good efforts of our caring Governor that is currently being commended for ensuring the release of funds to the Local Government Areas affected by flood to purchase food items for the affected communities.

As always, we will not relent in thanking the people of Delta State for their continued understanding against deliberate lies woven by the opposition propagandists to put a wedge between them and their loving Governor. At every stage, their lies have fallen flat and their shenanigans are exposed.

Thank you Deltans for keeping faith with the PDP Government, and for your unflinching support to our loving and caring Governor.