Rivers State Governor, Nyesom Ezenwo Wike, has warned that the Federal Government will destroy criminal justice system in States if the Executive Order 10 is implemented.

Governor Wike, said Executive Order 10 of the Federal Government, which permits the deduction of funds from each State account to finance the judiciary, is politically motivated and geared towards the 2023 general election.

A statement by Kelvin Ebiri, Special Assistant (Media) to the Rivers State Governor, disclosed that Governor Wike made this assertion in his keynote address presented at the 3rd Annual Nigerian Criminal Law Review Conference organised by the Rule of Law Development Foundation in Abuja on Monday, November 16, 2020.

He stated that ahead of the 2023 general election, the federal government which has been hostile to judges, now suddenly wants to lure the judiciary to assume it believes in independence of judiciary, by enacting Executive Order 10.

Governor Wike also pointed out that politicisation of the issue of Security by the Federal Government has continued to negatively affect the criminal justice system in the country.

He said the prevailing cases of kidnapping, banditry and armed robbery which threatens the very existence and stability of the nation clearly justifies the establishment of State or Community Police.

He observed that while establishment of State Police may require amendment of the extant Section 214(1) of the 1999 Constitution to provide State, the Rivers State Government is of the opinion that community police or Neighbourhood Watch could be established without constitutional amendment.

“The truth of the matter is that with the current strength of the Nigeria Police Force which stands at about 372000 (Three Hundred and Seventy Two Thousand), the Nigeria Police Force lacks the operational capacity to fulfil its primary or core mandate of crime detection, crime prevention and maintenance of public safety, law and order or protection of lives and property of persons in Nigeria.

“To put it plainly, the Nigeria Police lacks the operational capacity to police the nation which is a federation of about 923.768km (356.669 sqm) with an estimated population of 195.9 million. It is this stark reality that informs call for establishment of State Police to provide complementary role to the Nigeria Police Force in crime detection, prevention, and maintenance of law and order.” 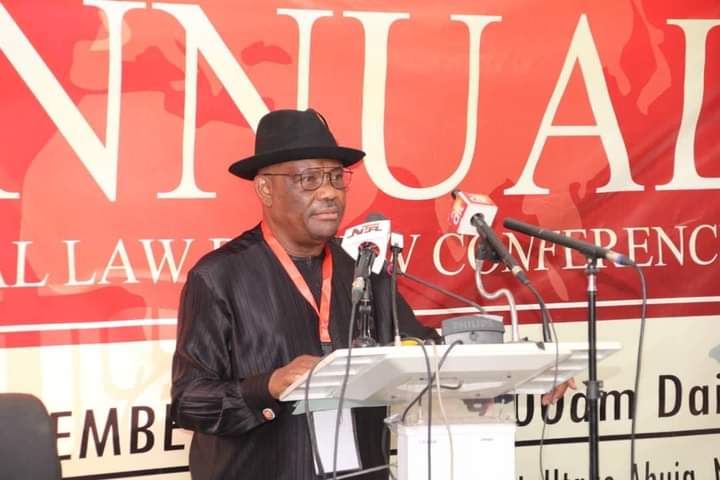 In furtherance of this law, he stated that recruitment and training of members of the uninformed Neighbourhood Safety Corps commenced at the NYSC orientation camp , Nonwa in Tai LGA, after obtaining all necessary approvals from the Nigerian Army and other relevant security agencies. But, unfortunately, the exercise was violently disrupted by the Nigerian Army , claiming it was illegal and unconstitutional.

Governor Wike, said despite a competent court of jurisdiction recent ruling that upheld the constitutionality of the Rivers state Neighbourhood Safety Corps, the Army has refused to allow it carry out its recruitment and training of personnel.

“The point being made here is that as long as the Federal Government continues to politicise issues of security whether national or local, so long shall our criminal justice system remain seriously jeopardize. The suzerain power exercisable by the Federal Government over matters of security is made manifest by the irregular postings of Commissioners of Police to the Rivers state Police Command”, he said.

Given that criminal justice system is inextricably linked with the security, peace and order of the State, the governor emphasized the need for critical stakeholders in the criminal justice sector to rethink the system through reform designed to address current challenges.

Former President of the Nigerian Bar Association, Joseph Daudu (SAN), lauded Governor Wike, for standing out as one of the pillars of rule of law in the country. 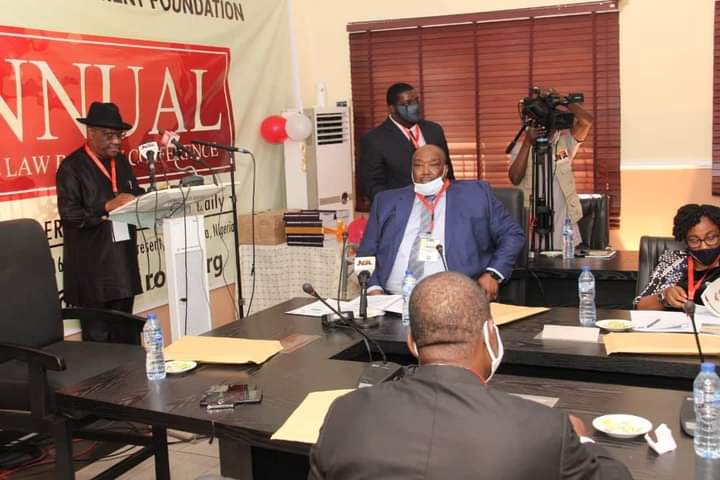