Governor of Rivers State, Nyesom Ezenwo Wike, says he will begin to commission roads and other projects executed in the 23 Local Government Areas of the State from January 2021 to shame critics who have accused him of concentrating development in Port Harcourt alone.

Special Assistant (Media) to the Rivers State Governor, Kelvin Ebiri, disclosed in a statement that Governor Wike gave that assurance during the commissioning of Emeyal, Elelenwo and General Diriyal Streets, all located in the New GRA phase 2 in Obio-Akpor Local Government Area of Rivers State by the Governor of Adamawa State, Rt. Hon. Ahmadu Umaru Fintri on Monday, 3December 21, 2020.

Governor Wike explained that the expansion and reconstruction of the three roads located in Eligbam and Rumuodalu communities, was part of the urban renewal programme of his administration. According to him, properties in the areas have been improved and their value enhanced.

“Today, if you come here in the night you’ll think it’s one of the areas in advance countries. So, we are very grateful that the communities gave us the support and gave the contractors the support without any inhibition. This job was done and met the specifications with drainage all through.

“Let me warn some of you who have abandoned where there is market and those who say you’re Bureau-D- Change people, nobody must trade along these roads.”

The governor also stated that projects have been lined up for inauguration from the beginning of 2021 as a proof that his administration is not tired of working for the state and fulfilling every promise made.

Governor Wike said the Opobo -Andoni Unity road is now ready for commissioning in January 2021, and this will enable the people to drive directly to the Island 150 years after it was founded.

“I hear they are going to celebrate their 150 years as Opobo nation. They have never seen roads in their life. But today, by the grace of God, they are going by road. And by January, we are going there to commission the road leading to Opobo directly, no more going by water.”

Speaking further, Governor Wike said the street light on the 16km Sakpenwaa -Bori road was switched on Sunday night and everywhere went agog because the people are happy about what they saw. According to him, the road has been stretched further by another 20km to Kono Town. 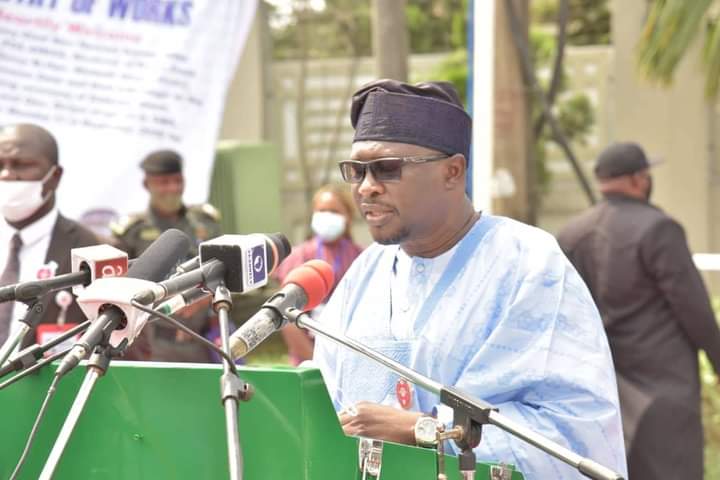 Inaugurating the three roads, the Governor of Adamawa Rt. Hon. Ahmadu Umaru Fintri noted that governor Wike has committed himself to advancing the quality of life of his people with his landmark projects and making difference that is unprecedented and hardly to be equalled.

He also acknowledged governor Wike as an irrepressible democrat who has continued to demonstrate uncommon vision and rare courage in working for the Rivers people as well as advancing the unity of Nigeria.

“It is really a rare privilege to commission landmark projects in Port Harcourt, the heart beat of the South-South. I am here on the basis that Governor Nyesom Ezenwo Wike, the irrepressible democrat who has demonstrated an uncommon vision and rare courage in working for the Rivers people and advancing the unity of our country.

“Nowhere has Governor Wike demonstrated this than in the constant and consistent liaison with his fellow colleague governors such as my humble self in the North. Let me assure the government and good people of Rivers State that the difference that Wike is making in Rivers State is unprecedented and can hardly be equalled”. 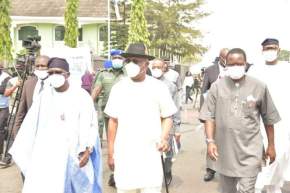 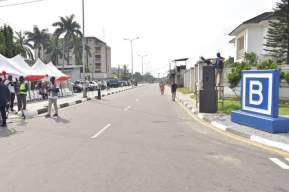 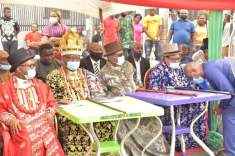 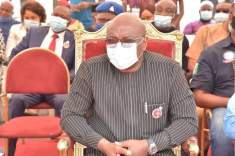 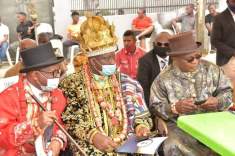 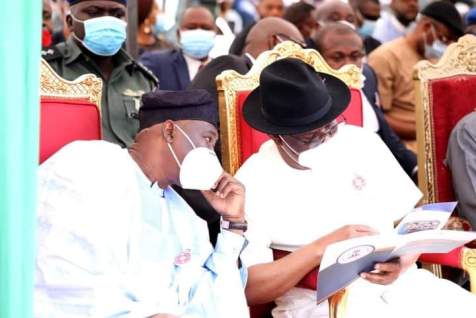 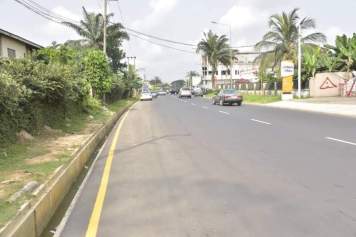 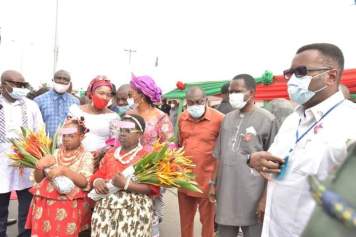 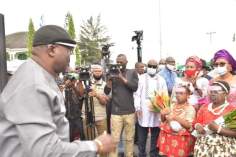 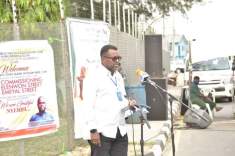