Rivers State governor, Nyesom Ezenwo Wike, has charged the judiciary to crave for independence to discharge their functions without intimidation and not just to control budgets.

The governor said this is imperative because no government and country can make meaningful progress if the judiciary is not allowed to carry out their functions independently.

Special Assistant (Media) to the Rivers State Governor, Mr. Kelvin Ebiri, disclosed in a statement, that Governor Wike stated this at the official presentation of 29 brand new Renault Koleos 2020 SUVS to chairmen of the Customary Courts of the Rivers State judiciary at the judiciary complex in Port Harcourt on Wednesday, December 23, 2020.

He maintained that no one can talk about democracy without the rule of law. The judiciary, he stressed, is pivotal in any given society where the rule of law reigns, because it the arm of government saddled with the responsibility of ensuring that there is rule of law.

“If Nigeria wants to move forward, if this country wants development, then we must allow the judiciary to operate independently and do their work.”

Governor Wike, has however described as unfortunate the unwillingness of the judiciary in Nigeria to seek for true independence to discharge their functions without harassment and intimidation.

He explained that the independence those in judiciary are desirous of seems limited to how they can control their budget and finances.

The governor disclosed that he has told the Attorney General of the state that there is an urgent need to amend the law to expand the jurisdiction of the Customary Court of Appeal because chieftaincy matters are still being filed at the State High Court.

“So we are going to expand their jurisdiction to allow them to take on chieftaincy matters in all the local government.”

The governor said the vehicles were given to the Customary Court chairmen to enable them discharge their functions unhindered.

The Rivers State Attorney General and Commissioner for Justice, Professor Zaccheus Adangor (SAN) , commended the governor for his unwavering support for the judiciary.

He advised the beneficiaries to continue to administer justice expeditiously and more effectively.

The President Customary Court of Appeal, Rivers State, Justice C.I. Gabriel-Nwankwo, said the provision of the official vehicles will inspire and motivate the beneficiaries to perform their work.

On her part, the Chief Judge of Rivers State, Justice Adama Iyayi-Lamikanra, said Governor Wike’s commitment to enhance the welfare of judicial officers in the country remains unparalleled.

Chairman of the Nigerian Bar Association Port Harcourt branch, Prince Nyekwere, said Governor Wike has put the state judiciary in an enviable position since he assumed office in 2015. 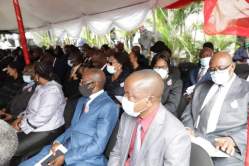 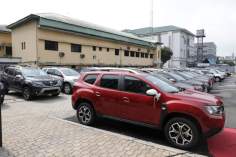 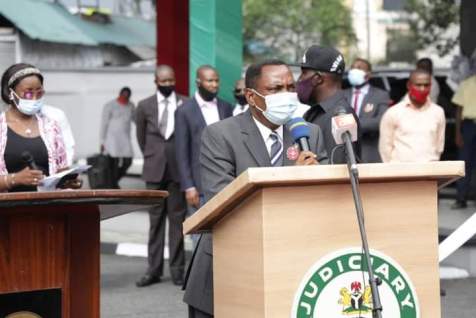