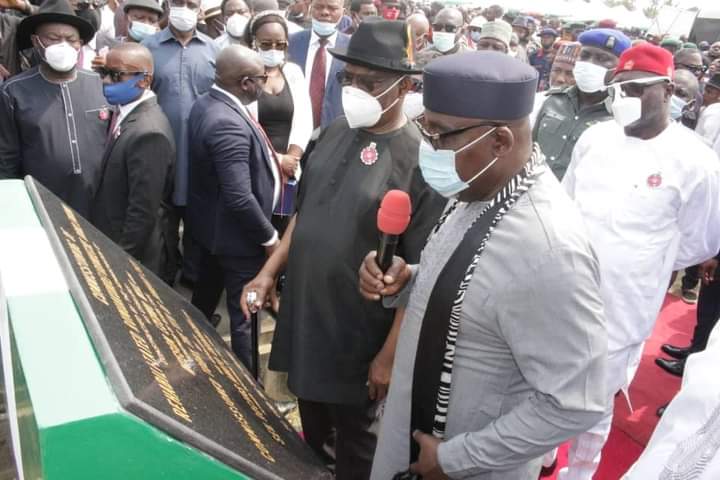 Rivers State Governor, Nyesom Ezenwo Wike has counselled members of All Progressives Congress (APC) in the state to discard politics of bitterness that often make them to frustrate development projects attracted by others to their communities.

A report by Kelvin Ebiri, Special Assistant (Media) to the Rivers State Governor disclosed that Governor Wike gave the counsel during the inauguration of the Rumuche/Rumuakunde/Ohna Awuse Link Road in Emohua Local Government Area, performed by the former Governor of Imo State, Senator Rochas Okorocha on Monday, January 11, 2021.

He said politics is a game of interest and future looking politicians like him are not vindictive in nature, but pursue the interest that will enhance the overall socioeconomic life of communities and individuals that have supported the party.

The governor challenged Senator Andrew Uchendu of the APC to show what he has achieved for his community while a member of both the House of Representatives and Senate.

Governor Wike announced the immediate award of contract for the reconstruction of the Mgbuitawo Road in Senator Andrew Uchendu’s community to serve as a proof that he is a liberal politician.

“I am different, so, I will do the Mgbuitawo Road immediately. I am going to do it because I am not a vindictive politician. If I am a vindictive politician, that road will not be done. Also, I want to tell him, there is no need to play politics with bitterness. Politics is a game, we will talk today and talk tomorrow. No permanent friend and enemy but permanent interest.

“For Mgbuitawo Community people, Ohna Awuse, and Emeka Woke do not hold anything against you. Therefore the road will be constructed. So, the Commissioner for Works is hereby directed to go and scoop the Mgbuitawo community road, and also go for the internal roads in Ogbakiri Town.”

The governor also announced that streetlights will be installed on the just inaugurated Rumuche/Rumuakunde/Ohna Awuse link Road and Isiodu Road all in Emohua Local Government Area to further appreciate the support that they have given to him.

“I came here, I told you that I will do this road, I give God the glory that I have done it using one of the best constructing firms in Nigeria.

Speaking further, Governor Wike clarified that bringing Senator Rochas Okorocha, who is a member of the All Progressives Congress, to inaugurate the road project does not mean that he is fraternising with the opposition party, but because they had been friends since his days as council chairman.

“But let me tell you what you may not understand. I don’t believe that you must only have friends in your own party. You must have to build relationship across boards but that doesn’t not mean that you’ll sell your party.

“He was a member of the PDP. He left us and said they are going to make Nigeria great. He is still there, I believe that in these two years that they have, they’ll make us to be that great. But as at today, we are not great.”

Inaugurating the road project, Senator Rochas Okorocha, who represents Imo West Senatorial District at the senate, said it is time for people of like-minds who desire the best for Nigeria to stop complaining but come together to join force to make the country great.

“In this dispensation, there are many bad people in APC, many bad people in PDP. I think the good people of APC and good people of PDP must come together for purpose of making Nigeria great. I could imagine where I join forces with Wike. Governor Wike, this is my hand of friendship. Let us bring all like minds, all great people of Nigeria. Rather than complaining , let us come together to make this country greater and greater as it should be.”

According to him, Nigerians must embrace each other no matter the political affiliation, and break the barriers that make it difficult to work together as Nigerians for the good of the country.

Senator Okorocha said Governor Wike is a courageous leader, who has spoken truth to power, and continued to improve the lot of Rivers people with his project delivery mantra.

Okorocha said political power is a trust which can only be justified when used for the common good. He noted that, is obvious that the masses of Nigerians are not asking for too much from their leaders other than basic necessities of life . according to him, leaders who are unable to provide basic amenities such as electricity, water and road must be considered failed leaders.

Commissioner for Works, Hon. Elloka Tasie-Amadi said the once deplorable Rumuche/Rumuakunde/Ohna Awuse Link Road has been reconstructed into a desirable access. It is 7meter wide, ended the one way entry problem into the community and will also serve as bypass to Kalabari people.

In his speech, Ohna Sergent Awuse expressed his gratitude to governor Wike for ending the several years of unfulfilled promise by previous administration. According to him, it pays to have such a leader who means well for the people. 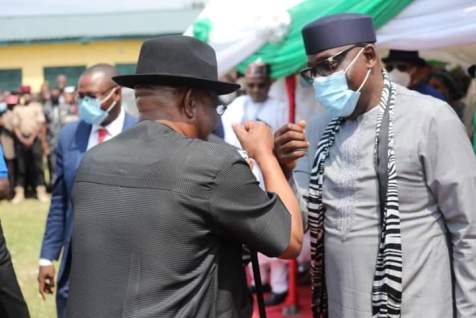 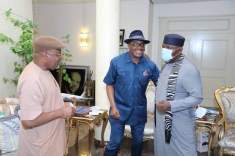 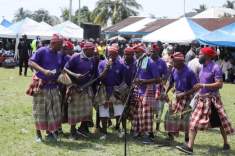 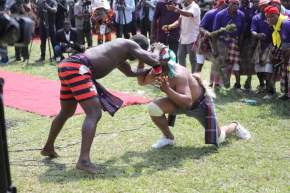 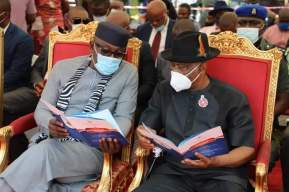 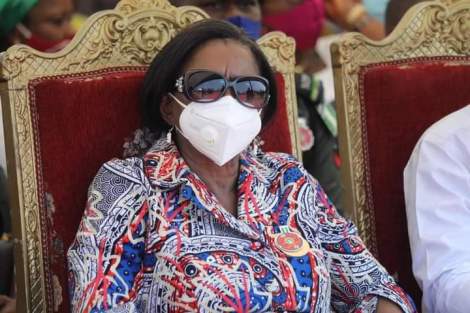 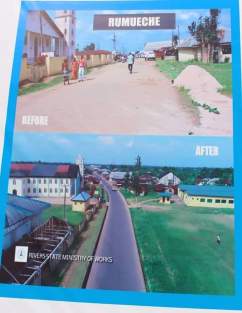 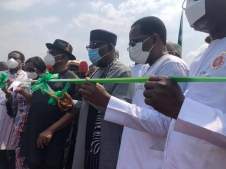 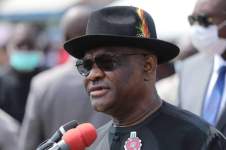 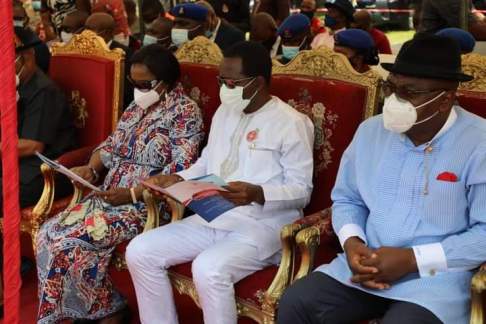 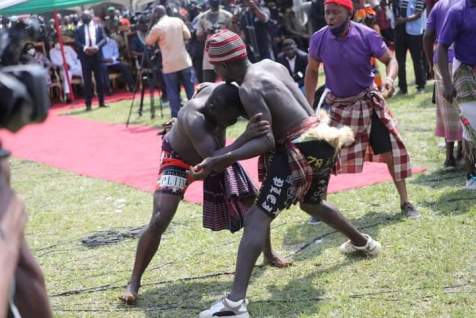 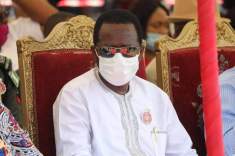 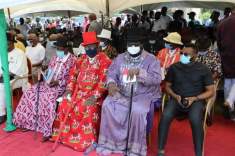 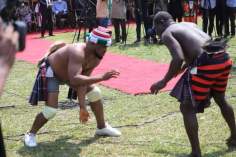 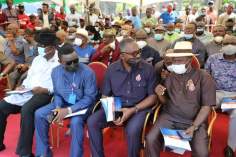 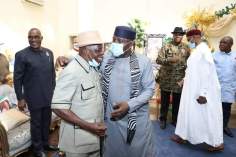 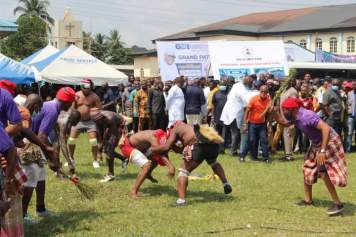 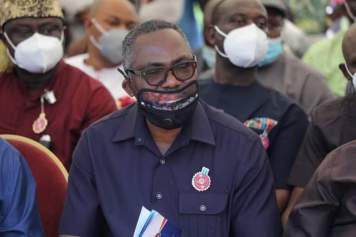 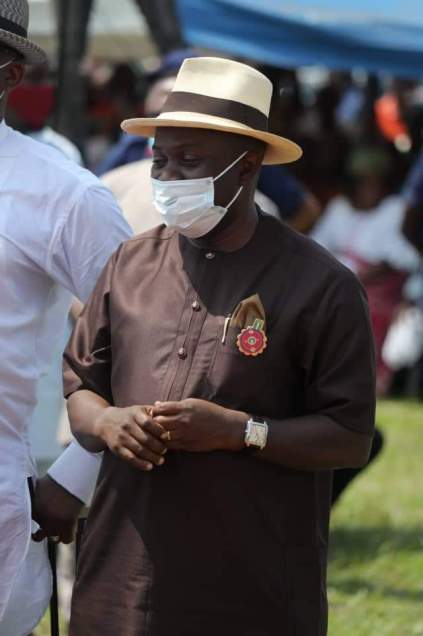 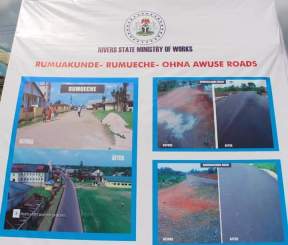 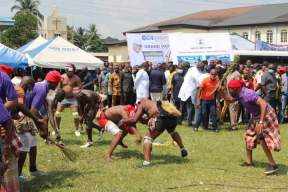 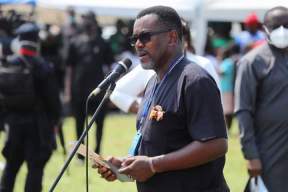 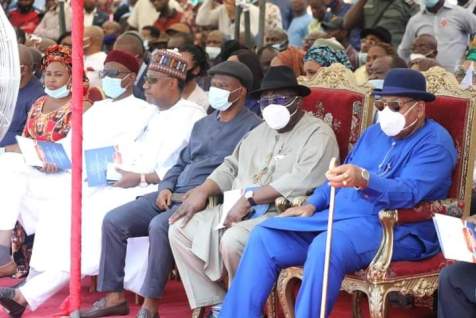 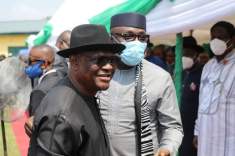 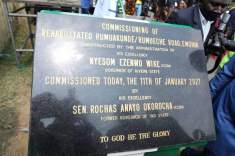