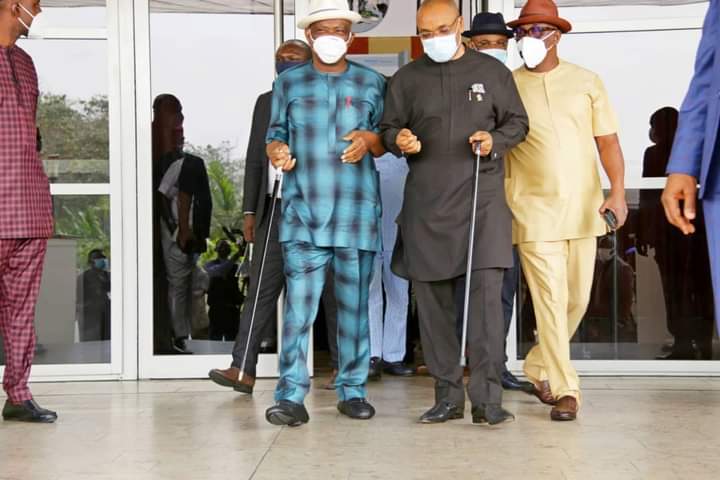 Special Assistant (Media) to the Rivers State Governor, Kelvin Ebiri, in a report, disclosed that Governor Wike made this assertion when he visited the Governor of Akwa Ibom State, Emmanuel Udom at the Government House, Uyo on Thursday, January 21, 2021, to commiserate with him over the death of Nkanga and the State chairman of PDP, Udo Ekpenyong.

The Rivers State governor said the death of the PANDEF Chairman has created a deep void in the agitation for restructuring of Nigeria in line with the principle of true federalism.

Governor Wike who described the death of both the PANDEF and PDP chairmen as painful, urged Governor Udom and the people of Akwa Ibom State to take solace in God over the death of these two great sons of the State.

In appreciation of the immense contribution of the late PANDEF chairman to the Niger Delta struggle, Governor Wike said Rivers State government will collaborate with Akwa Ibom State government to support his family and accord him a befitting funeral.

“My brother, we will support you to sustain the family. We will support you for the burial of the late PANDEF chairman. Rivers state government will want to be fully involved in whatever it takes to give him a befitting burial.”

Governor Wike, also lamented the abrupt death of Ekpenyong who was just recently elected Chairman of the party in the State.

In his responses, Governor Emmanuel Udom, thanked Governor Wike and Rivers State delegation for standing by the people of Akwa Ibom in their moment of grief.

Governor Udom said the death of Nkanga, who was the Director General of Governor Udom Emmanuel’s Divine Mandate Campaign organisation 2015 and 2019, was emotionally devastating to him and the people of the State.

“He was my DG for both first term and second term. For somebody who had been your Director general for first and second term , you know the man must have proven that high level of loyalty and integrity.

“What he doesn’t say in front of you, he will never say it behind you. He was that man at that level of integrity, character.”

He urged the governors of the South South states to collaborate with the Akwa Ibom government to give Nkanga a befitting funeral next month.

Governor Udom who described death as a mystery that only God understands, said he was saddened about the death of his state party chairman, who according to him, epitomizes loyalty.

“In fact, my party chairman when they are introducing him, they use to call him Mr Loyalty. He was that loyal to our party. He had served the party at the national level, he started serving the party at the state level. If you want any definition for loyalty just look for Udo Ekpenyong.” 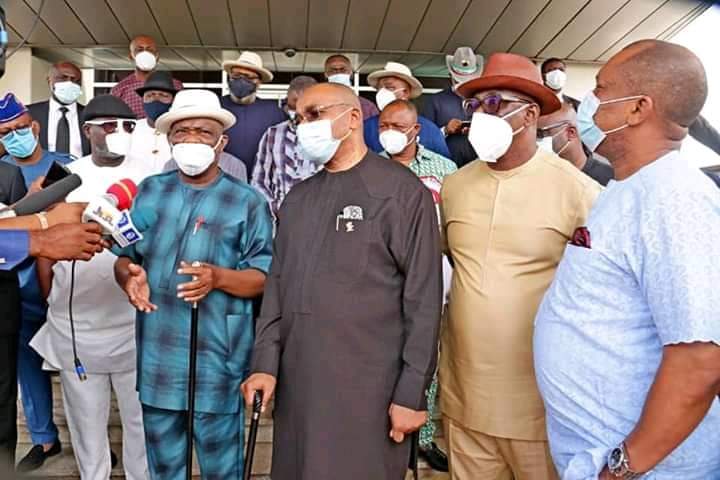 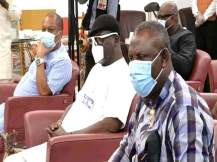 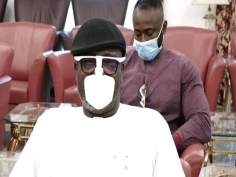 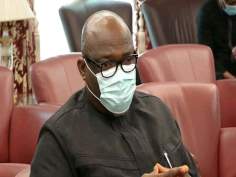 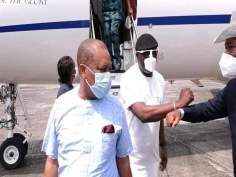