The PDP Sapele Chairmanship candidate in the forthcoming Delta State Councils election, Hon. Chief Eugene Inoaghan has said that he would be consolidating on the achievements recorded in his first term in office as Chairman of Sapele Local Government.

He made this Statement on Thursday 18th February, 2021, at Richard Continental Hotel Sapele, venue of the Delta State Council of Nigeria Union of Journalists ‘NUJ Platform for the Engagement of Chairmanship Candidates of Political Parties’ on their action plans towards effective Local Government Administration.

He also said that other failed portions of most major roads within Sapele environment were resurfaced while using the human capital development initiative of his administration to create employment for the teeming youths of the Council area.

He commended Governor Ifeanyi Okowa for completing the Sapele Modern Market and handing it over to the Local Government, which he said he was able to use his executive power to reduce the monthly cost of renting a shop from N3000 to N2000.

Again, he thanked the Governor for the rehabilitation of most schools in Sapele, adding that his administration gave scholarship to the famous Success of ‘dem go flog me tire’ and of course others who performed excellently well at various stages of their academic studies.

Inoaghan decried the unfortunate security challenge in the local government area at a point, commending the state government for helping to restore peace and order.

He affirmed that peace has returned as a result of various critical decisions made and taken, including dividing Sapele from four zones to 15 zones to be able to stem the tide of cultism and other security challenges.

While assuring to consolidate on the achievements of his previous mandate, Hon. Inoaghan declared that peace and security would form the critical components of his second term priorities, policies and programmes in order to guarantee accelerated growth and development of the local government area. 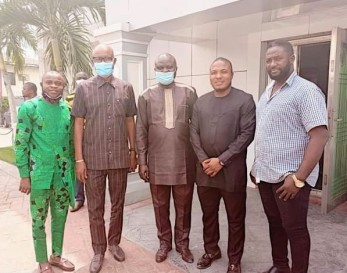