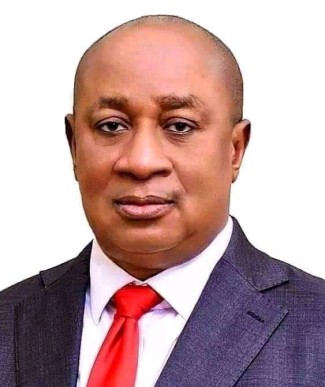 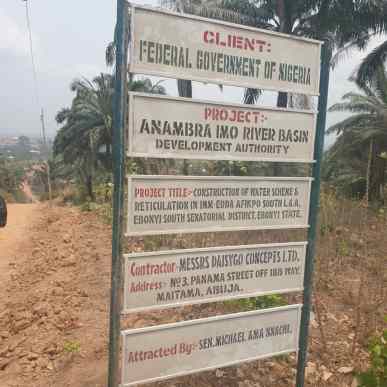 Since his inauguration as a member of the Nigerian Senate in June 2019, distinguished Senator, Dr. Michael Ama Nnachi representing Ebonyi South Senatorial zone has not only shown that the people of the zone did not make any mistake in electing him, but has raised the bar of representation by delivering impactful, life changing democracy Dividends to the good people of Ebonyi South Senatorial zone.

As first timer in the Senate, Senator Nnachi has, in less than two years of his first term, already surpassed the accomplishments and achievements of those who went before him on behalf of Ebonyi South, both in quality representation at the hallowed chambers of Nigeria’s highest law making conclave, but indeed back home and on ground with his infrastructural, empowerment and developmental imprint all across the Senatorial zone.

Having already established his excellent reputation as a man of the people and a leader who walks the talk, even before his overwhelming landslide election victory and endorsement by his people, Senator Nnachi, has left no one in doubt of his desire and determination to justify his mandate and fulfill his pledge to his people which he made at the inaugural reception to honour his inaguration as a Senator of the Federal republic of Nigeria at Christian Pilgrims Board Abuja organized to celebrate his victory in the February 23rd, 2019 National Assembly elections.

His pledge at that inaugural reception has been his mantra and guiding principle since taking up the mantle to hold forth for Ebonyi South in the Senate: “My brothers and sisters from Ebonyi south, I shall not let you people down. But lets also not forget that the main principal function of a lawmaker is lawmaking and not infrastructure. You will see quality laws from me that will come better than physical infrastructure.

“I can assure you all that I will never sleep. I will continue to work and work until the people of Ebonyi south enjoys the full dividends of democracy. I will also through my constituency projects provide those basic needs of life that will improve the well being of our people”, he had pledged.

It is thus not difficult to fathom that against the backdrop of this tall order, a man and leader who believes that when the people of his zone are happy, he is also happy, will definitely go beyond law making and initiate life touching projects across the zone, which have been delivered in accordance with the critical needs of his people in mind.

Recall, Senator Michael Ama Nnachi representing Ebonyi South Senatorial District was the only National Assembly Member from the state that donated 5Million Naira to the Ebonyi State COVID 19 Support Fund and further went ahead to share palliatives worth millions of Naira to his Senatorial Zone.

These projects include but are certainly not limited to the following: 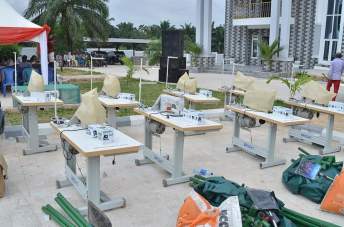 Construction of internal roads and installation of Solar Power Street light in his constituency.

Construction of 1000 bed hospital in his constituency.

Construction and Reconstruction of Secondary Schools blocks in his constituency.

Construction of Solar powered boreholes in his constituency.

Training and empowerment of youths from the five local governments that make up the senatorial zone on ICT and laptops were given to them and other start up packages to enable them to be self reliance.

Facilitation of Job opportunities for and securing federal government jobs for the teeming unemployed youths of the Senatorial zone;

Educational incentives and support packages which comprises of Paying WAEC and school fees for children of constituents, including 4 ophans in Kpoghirikpo in Afikpo North LGA.

Facilitation of CBN loans for over fifty people from his constituency.

Construction of Water Scheme Project at itim Edda that will cover the lower Edda and further extend to Unwana Afikpo North as a first stretch to provide portable water to the people.

There is also the Rural Electrification Project through Provision of 500KVA Transformers in the entire Senatorial District which now covers Onicha, Ivo and Edda in it’s first phase, to ensure that the people enjoy sustained power supply.

In addition to all these we have over five hundred people from the senatorial zone benefiting from FG Survival Fund attracted by the Senator and twenty people from his constituency received 5Million Naira Nigerian Incentive Based Risk Sharing System for Agricultural Lending, there is the laudable Women, Widows and orphans empowerment program, which has already taken off with a pilot scheme of two each from the wards in the senatorial District.

Distinguished Senator Dr Michael Ama Nnachi representing Ebonyi South Senatorial Zone is a voice at the red chamber with this bills to his name.

Moved motion on the land dispute and killing between Ekoli Edda, Afikpo South and Erei Cross River and equally led the defence for the citing of Federal College of Education Isu Onicha LGA

All these, in addition to the regular town hall meetings and other community outreach activities, have not only endeared Senator Nnachi to his people but also ensured that he is working in synergy with the other representatives of the people at different levels in the zone and this has kept him abrest and strongly connected to his constituents and their desires and aspirations. 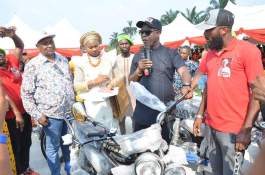 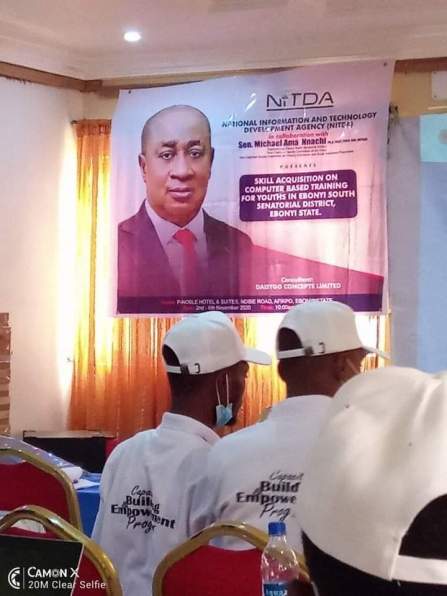 There is indeed great expectations and optimism that as Senator Michael Ama Nnachi, Sir Micky Micky as he’s popularly addressed by colleagues and admirers, crest the mid-term point of his first term as Senator, the projection is that better and more glorious days are already coming for the people of Ebonyi South Senatorial zone. 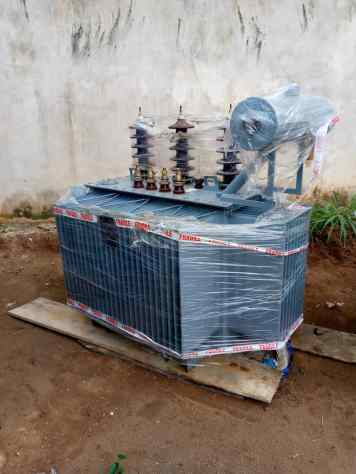