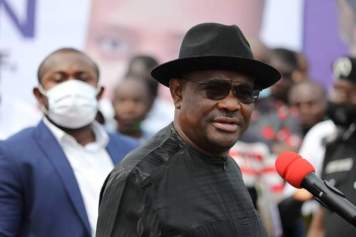 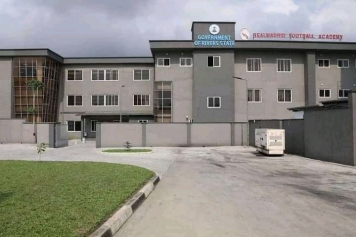 As commendations continue to greet the commissioning of the second phase of the Real Madrid Football Academy on Tuesday, March 09, 2021 in Port Harcourt, the Rivers State capital, the Founder and Sole Financier of Go-Round Football Club of Omoku, Bro. Felix Obuah has praised Governor Nyesom Ezenwo Wike for making the dreams and aspirations of teeming Rivers’ youths come true.

Bro. Obuah who spoke on the sidelines of the historic commissioning of the ultra-modern facility, which attracted the crème de la crème in the sports community, including Youths and Sports Minister, Chief Sunday Akin Dare, renowned footballer and Special Assistant to President Buhari on Sports, Daniel ‘The Bull’ Amokachi and ‘Chief Justice’, Barrister Adokiye Amiesimaka amongst others, said Governor Wike has demonstrated capacity as one who has the interest of the youths at heart.

He applauded the governor for providing a veritable platform that would produce budding footballers in the state.

The Go-Round FC financier expressed hope that the enormity of what the Governor has done would be better appreciated in the near future when Rivers State and Nigeria at large would reap the gains of the products of the world-class soccer academy.

Bro. Obuah who is also the Sole Administrator of the Rivers State Waste Management Agency (RIWAMA) stated that the Real Madrid Football Academy would position Nigeria as a football power house that would join the league of the biggest exporters of top-rate footballers in Africa. 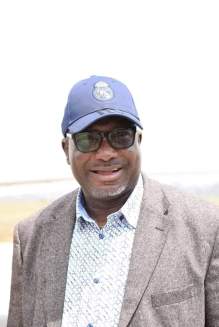 The sports administrator, who is also the immediate past Chairman of the Peoples Democratic Party (PDP) in Rivers State, described Governor Wike as a pathfinder, visionary and beacon of hope, through which the dreams and aspirations of Rivers people are being fulfilled.

He praised the governor for his choice of partnering with the legendary Real Madrid FC of Spain, adding that “flesh and blood have not revealed it to you, but the Spirit of God Almighty”.

“You know there is a saying that a lion would always beget its kind. Establishing Real Madrid Football Academy, with the full blessings of the Spanish club, in Rivers State, is very significant. Real Madrid may not be physically domiciled in the State, but its soul and spirit is basically here with us, and that is a big plus for Rivers State and Nigeria”, he philosophized.

Special Adviser on Media and Publicity to Bro. Felix Obuah.