Governor Nyesom Ezenwo Wike of Rivers State, says, by politicising insecurity, the All Progressives Congress (APC) led Federal Government plunged the security troubled states into an unimaginable scale of banditry that may not end soon.

A report by Kelvin Ebiri, Special Assistant (Media) to the Rivers State Governor disclosed that Governor Wike was speaking when he received the Board of Editors of Independent Newspapers Limited, led by the company’s Managing Director and Editor- in -chief, Steve Omanufeme, at Government House, Port Harcourt, on Thursday, March 18, 2021.

Governor Wike said when Rivers experienced issues of insecurity in 2015, he ran to the Federal Government but rather than offering support, they dismissed it as politics out of hatred for the State and desire to see the remain ungovernable.

“They didn’t send special forces to Rivers as they’re sending to other states now. They refused to support me because they didn’t want the State to be governable.

“Crime knows no boundary. It can be you tomorrow. If they had brought out zeal to fight crime, with seriousness, and collaboration irrespective of the party you belong to, good result will be achieved.

He further added: “Banditry will never end since they’ve politicised the issue of security. I told them don’t politicise issues of security. They’re paying the price. Whatever you sow, you will reap. If you sow peace you’ll reap peace, if you sow trouble, trouble will always be with you.”

The Rivers State Governor said it is difficult to fight crime in situations when cultists are arrested, people go to Abuja to tell the Inspector General of Police(IG) and the Chief of Army Staff that those arrested are their boys just to secure their release and let them off the law.

Governor Wike commented on the denials trailing the $1billion Dollar withdrawn from the Excess Crude Account and said it is shameful that a government that is fighting corruption will condole such, allowing both the money and the weapons to go missing, unaccounted for.

“Now, the National Security Adviser says the $1billion Dollar they took from our Excess Crude Account without even paying us our 13 percent derivation is gone. They said they’ve not seen the weapons.

“But this one the National Security Adviser is saying that they misquoted him. I tell you, nobody is misquoting anything. We are aware that there was no weapon.

“Even the Chief of Army Staff said he didn’t collect money. So where did the money go to. This is a government fighting corruption and the press is not talking.”

Speaking further, governor Wike berated the Nigeria press for losing their strength of voice to speak truth to authority with vehemence as they did during the administration of President Goodluck Jonathan.

“As regards this country, we are where we are because of you (journalists). In 2014, you were bought over to pull down the government of President Goodluck Jonathan.

“I had told Trade Union Congress (TUC) the other day, and asked then where are you that you see things in Nigeria getting worse; insecurity, increase in price of everything and you say nothing.

“Is it because you’ve seen power greater than you? When Jonathan was in power, he respected fundamental human rights. He allowed freedom of speech.

“Nobody would be arrested but now, you can’t talk because of fear that you’ll be arrested. That’s the situation we found ourselves. So, when I see journalists these days, I just shy. But you owe this country alot.”

Governor Wike said if Nigeria was truly a country, the former GOC of the 6 Division of the Nigeria Army in Port Harcourt would have been dismissed because of his political involvement during the 2019 general elections. According to him, even the former Chief of Army Staff was so exposed when he lobbied the Independent National Electoral Commission (INEC) and attempted to rig 2019 General Election.

The governor also wondered how the APC Federal Government will forget so soon that Dr Ngozi Okonjo-Iweala they are celebrating today as Director General of World Trade Organisation had been accused of running down Nigeria’s economy when they assumed office in 2015. It is now obvious that PDP means well for Nigeria because she has been part of PDP administration in the country.

Managing Director, and Editor-In-Chief of Independent Newspaper, Steve Omanufeme said they brought the notification of Award as Governor of the Year, 2020 for Infrastructure Development.

Omanufeme stated that the Board of Editors met and affirmed that Governor Wike has been consistent even in his second tenure in developing infrastructure that includes roads, using the Real Madrid Football Academy to empower Rivers youths, and thriving as strong but lone voice speaking truth to power always. 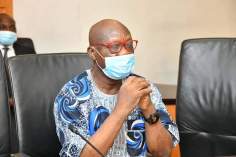 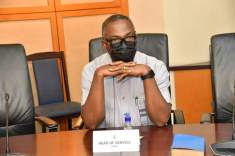 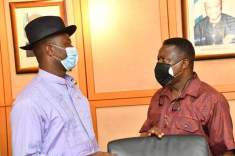 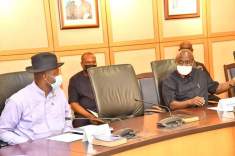 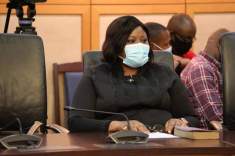 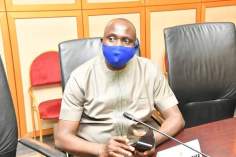 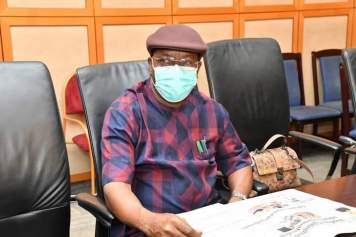