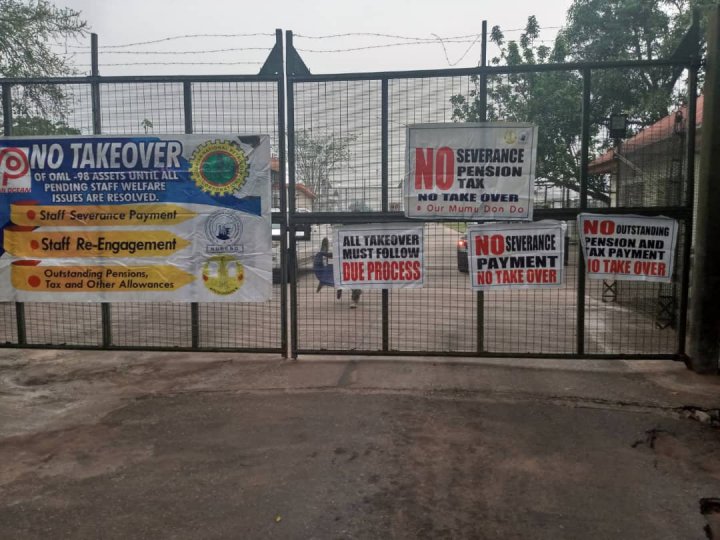 The shutting down of the flow station will cause Nigeria’s economy further depletion as the country begins losing over 30 thousand barrel per day crude as well as 50 million cubic of Gas daily and it will plunge Egbin Power Plant and those areas and states they supply into darkness.

The National body of the two union NUPENGASSAN had ordered for the shutting down of the flow station due to several months of unpaid severances of the Pan Ocean workers which the management and federal government have signed more than a year ago without implementation leading to payment of workers.

They are however angry that after several months writing series of letters of reminder to Pan Ocean Management to pay them yet the PAN OCEAN Management have refused obliging to the signing of agreement for the workers salaries and severances to be paid .

OML 98 and OML 147 Oredo and other companies flowing through Pan Ocean flow station have all been affected as 30 thousand barrel per day crude oil goes off Nigeria quantum of crude daily production.

They are accusing the Management of Pan Ocean of being insensitive and high handedness in refusing to play their own part , the workers noted that NNPC, NAPIMS and relevant government agencies are ready to pay but Pan Ocean Management have vehemently refused playing their role for fund to be released in order for them to be paid.

They are demanding for immediate signing of Memorandum of Understanding MOU in order for Federal Government to make payment which their refusal as Pan Ocean management has delayed their payment, they stated further that they have not being paid full salary for past four months, no payment of three years pension, no payment of tax for the past seven years as well as other allowances .

The two Unions are accusing Pan Ocean of unnecessary delay in order for easy takeover of the assets by federal government , they stressed that NNPC GMB, Male Kyari has waded into the matter assuring of paying the workers but the top management of Pan Ocean are not agreeing to sign the MOU for payment of the unionised workers 60 percent of what they are owing them but the top management Committee of Pan Ocean have refused signing the MOU sparking up the present industrial unrest between the workers and the company. 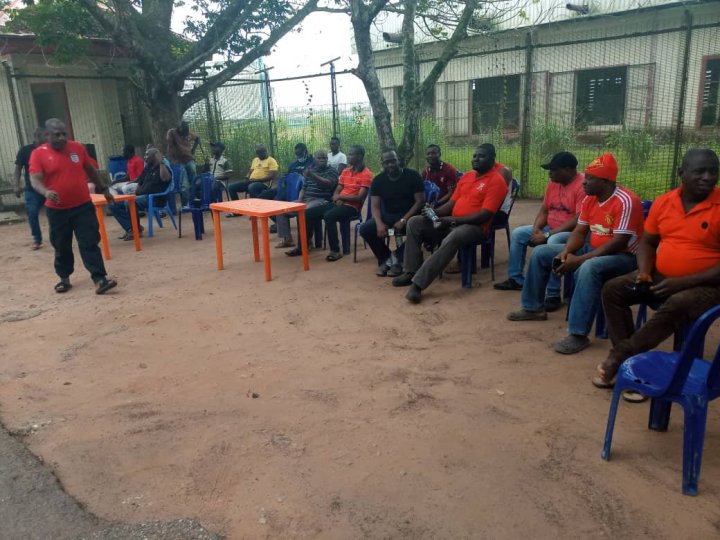 They reiterated that the two union presidents have and directed that they shutdown operations if NNPC, NAPIMS Ministry of Petroleum doesn’t resolve the issue amicably by paying the workers what’s due them.

After that directive and shutdown strike the two union were called for a meeting after five days of shutting down the oil well flow stations last December, 2020 and it was however resolved that they NNPC will pay the workers 60 percent while Pan Ocean take care of their top management after it was reviewed the federal government agreed outright payment of 100 percent in order for easy takeover of the assets by NPDC.

Meanwhile all Pan Ocean operational bases and including its cooperate headquarters in Lagos have also shutdown operations in solidarity joining the workers industrial action embarked upon Tuesday , they have also threatened total shutdown of other companies flowing through their lines if their demands is not met within seven days of their warning strike action.