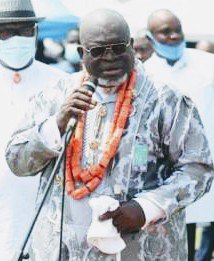 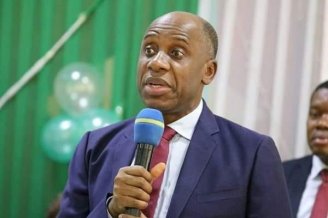 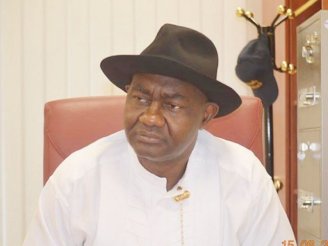 The United Rivers Alliance, a movement for the propagation of equity, consensus and fairness in Rivers politics, has said that its irrelevant responding to every comment by self-seeking individuals or groups.

The URA position was presented by the secretary of its steering committee, Hon. Dason Nemieboka in an exclusive interview with our correspondent

Que: Lately, the political statements in Rivers State are about where the next governor should come from, instead of what he or she would do?

Ans: that’s a reflection of how sensitive the issue of equity, inclusion and fairness has become. We all know that the primary issues to discuss should be development agendas and protection of lives and property, but that’s not as important as the sense of belonging. For the sense of belonging gives you the impetus to open your mind and support the government achieve the development programs.

Que: Are you saying security and development are not important?

Ans: I will illustrate. My doctor friend once told a story. He said he once saw a pale and weak patient. After all the examinations, he prescribed certain drugs, and said take two tablets of these morning and evening, after food. And the patient looked straight at him and said, ‘where is the food.’

The doctor looked at his patient, then he reached out to the patient and the patient left happily. What Rivers State needs first is a sense of belonging, unity and mutual trust. Once we have that, our development would be supersonic. So, we think we should strengthen the structure of governance. When the Ijaw man, Ogoni man, Etche and Ogba man believes that his turn is coming and he would need the cooperation of all, he would cooperate with the incumbent. That is the primary need now.

Que: So, what do you make of the recent comment credited to Ohna Sergeant Awuse, that the Ikwerres are still ready to continue in the governance of Rivers State.

Ans: Well, every man has a right to say what he feels like. So, you can’t condemn him for airing his personal view. However, I will remind you that the statements started with the former Governor, Rotimi Amaechi, who spoke in my home town and said he will support the emergence of a riverine governor in 2023. That was followed by reactions from Magnus Abe and the Chairman of Ikwerre LGA.

Hon. Amaechi’s position is clearly the most popular, so his political foes needed to dim the light by trying to fault it. Magnus said; its not in Amaechi’s position to declare ‘I will make a riverine governor’. I personally agree with Magnus. The use of the pronoun, ‘I’, can be disturbing. But we know that as a political leader, he would mean that he would influence his supporters and party in that direction.

The council Chairman if you asked me, only spoke because the earlier statement came from a leader, he is uncomfortable with. And so, he said, if you want to become governor, you must come to us and negotiate. So, he hasn’t said power should not go to the direction Amaechi is looking. He merely added the obvious. Whoever, wants to become governor must reach out to all other stakeholders. And as a people we would reach our friends in Ogoni, Ikwerre, Ekpeye, Etche, Oyibo and all others. I must not personally meet Samuel Wanosike.

As for Chief Awuse’s comment, I think it was a mere publicity stunt that brought nothing serious with it. So, it will be a waste of time losing sleep over that. I know several strategic Ikwerre and Emouha politicians that are determined to do what is right. So, if there is an Ikwerre candidate sponsored by Awuse and his depleted support base, am sure a good riverine candidate would win him in the units, wards and LGAs of Ikwerre, the same way Governor Wike won in riverine wards and LGAs.

Que: So, what is the focus of the URA, and how would you achieve the election of a riverine candidate.

Ans: Well, strategy isn’t a media issue. What is important is that we are determined to coordinate our people and our interests, so that we don’t go out looking divided and confused. Our interest is to work out ways of actualizing that idea whose time is now.

Some may be suspicious of us; we have a duty to reassure such. Some may seek cooperation that would assist them in future, all of such we shall address.

Que: There fears that certain riverine elements are threatening violence if the governorship doesn’t come to the riverine session in 2023.

Ans: Those who are quick to consider violence as an option are limited in acumen. Riverine people are concerned about leading all sections as we have been led going to 24 years. We were not conquered therefore; war is not an option. We are talking and reasoning with our neighbors and majority of Rivers people will go with justice.

Que: What party platform would you use, seeing that the leadership of the leading parties are in the hands of Ikwerres.

Ans: parties are merely logos and platforms that are used to seek office. The parties want to win and would be wise. The same way the leadership of the leading parties were under riverine control in 1999.

You know God is the factor. When in the UNCP days, Chief Ada George was hoping to get the late Ajuru to run for governorship, he felt that was right. When Marshal Harry and Tonye Graham Douglas supported Odili, they could have given it to a riverine. Odili didn’t rise any amount of money that no other riverine man could. So, the consideration was first equity and fairness.

Ans: Fair question. Very likely occurrence, but we have anticipated such scenarios and have our foolproof solution. All I can say now is that by the grace of God it will end in praise.