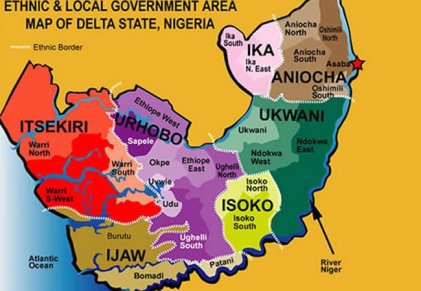 WARRI/Nigeria: As the current cycle of administration in Delta State inches close to the end of it’s second year, and begins what may be considered the final lap, different interest groups have continued to express what they refer to as the best option for the continuous political peace and stability in the state.

Amongst the majority of these advocates, is the Concerned Deltans for Good Governance, CDGG, which has called on the different political parties, especially the Peoples Democratic Party, PDP, to give the 2023 slot to an aspirant from the Ijaw Ethnic Nationality, in Delta South Senatorial District.

Rising from a crucial meeting in Warri, Delta state recently, the group, in a statement signed by the National Coordinator, Ambassador Gladys Okeoghene Agbro, and Secretary, Mr. Brisibe Michael Oruye, said they prefer an equitable zoning formular if zoning must be followed and if the political peace in the state is to be maintained.

According the statement, they opined that as at the last check, there was no known written agreement between the various senatorial zones in the state, and if there was one that was not made public, equity demands that the major defining factor to determine where the Governorship should go this time, must be the economic contribution of the contending zones to the fortunes and commonwealth of Delta state

The group stated that considering this all important factor, it will therefore be appropriate and considerate for the Ijaw Ethnic Nationality, to produce the next Governor of Delta state in 2023, stressing that this is what is called equity, especially as the position had gone round the three Senatorial Districts, and the Ijaws, being the area that contributes more to the revenue of the state should take the first slot in the renewed zoning arrangement.

The statement reads thus: “First we have to point out, that there is no evidence to show that there was any agreement on zoning since 1999, and if there was one that is not made public, which exists, then we have to start with the area that have the highest economic contribution to the state.

“It’s therefore right to zone the slot to the Ijaw Ethnic Nationality, in the Delta South Senatorial District. This is what is called equity. Ijaw is the second largest tribe in the state. It produces the largest source of income that is used for the state development. We as a party must look at this issue critically, and take a decision that will be fair and just,” the statement noted.

They said they are giving him their support, based on his track records as a consumate political titan in the state and one who believe in the holistic development of Delta state, being a successful businessman, an astute administrator and man with integrity and the ingenuity that will propel the state to more development, after Governor Ifeanyi Okowa.

“We have also searched and examined all the possible candidates from the PDP, we have decided to support the aspiration of Dr. Braduce Amakazi Angozi. This is based on his track records. We have followed him, checked his background, and since he left the government circle he has focused on developing his businesses and communities around him.

“While in government, his records still speak for him today. He is a lover of the people, especially the youths. We know if he is given the ticket and gets into office, he will continue the development of the state, where this government led by Senator Dr. Ifeanyi Okowa, will end. There will be continuity of development, with new ideas on how to further ensure and expand the initiatives for food and job security for our people, maintain the peace and harmony that is already existing in the state and consolidate on the good works already put in place, towards sustaining the Stronger Delta mantra of Senator Ifeanyi Okowa ,” they said.