Governor of Delta, governor, Senator Ifeanyi Okowa, has charged elected and appointed politicians to maintain and sustain intimacy with their people by contributing to their socio-economic wellbeing.

The governor gave the charge at the empowerment for the people of Aniocha/ Oshimili Federal Constituency by the Minority Leader of House of Representatives and member representing the area in the Green Chamber, Rt. Hon. Ndudi Elumelu.

He described Elumelu as a true representative of the people in the area of empowerment and legislation, adding that the lawmaker was a vibrant voice for the PDP and the country.

He said the empowerment of 350 beneficiaries in small and medium scale enterprises was an enviable feat, stressing that other representatives at the federal and state levels should toe the line of Hon. Elumelu as such would help significantly in the fight against poverty and unemployment in the society.

Governor Okowa said that he was impressed with the giant strides of the Minority Leader in the area of sponsorship of Bills, human capital development and even in the distribution of basic amenities in Aniocha/ Oshimili federal constituency.

He equally thanked the leadership and stakeholders in Aniocha/Oshimili federal constituency for their sustained support and urged them not to relent as unity was needed to surmount challenges bedevilling the area.

“Many times our people are elected into offices and we find it difficult to reach out to them, especially when they are in Abuja, but for Rt. Hon. Ndudi Elumelu, he is different.

“He is very active in the House of Representative and we have seen it through the number of Bills and motions he has sponsored and co-sponsored. We have seen him rise to speak for the PDP in national matters at the House.

“Today, we are witnessing another aspect of that representative democracy because he remembers that he has a covenant with the people.

“Ndudi Elumelu has done a lot as a Representative. Starting from his 150 personal Assistants to helping with the capacity building programmes for newly elected council chairmen and 80 councilors, helping to obtain CBN loan for about 300 of our people and many more,” the governor said.

In his goodwill message, the Speaker of the House of Representatives, Hon. Femi Gbajabiamila who was represented by the Deputy Minority Leader in the House of Representatives, Hon. Tobi Okechukwu, said Hon. Elumelu was a good ambassador of his people and the PDP that he represents, even as he enjoined him not to relent in contributing to the employment generation and wealth creation efforts of Governor Okowa.

Gbajabiamila implored beneficiaries to put the empowerment items donated to them by the federal law maker into good use to enable them overcome the challenges of poverty and unemployment.

Earlier, the Minority Leader of the House of Representatives and member representing Aniocha/Oshimili federal constituency, Hon. Ndudi Godwin Elumelu said that it was his belief that the empowerment of the people was a critical element in the effort to improve on their standard of living as well as to fight against poverty, restiveness and the associated criminal tendencies.

Hon. Elumelu disclosed that the people can only be happy and fulfilled when value is being added to their lives by way of providing self-sustaining incentives to boost their productivity, to at least, enable them meet their basic needs and those of their immediate relations.

As a representative of the people in the House of Representatives, made possible by their (the peoples) cherished mandate, he said, he has continued to strive towards making his constituents feel the impact of representative democracy, thereby putting smiles on their faces.

According to him, the people have remained the focal point in all his activities and actions as their representative, adding that with all sense of responsibility, he has been committed to empowering, developing and uplifting the standard of living of his people through robust representation.

He stated that he had remained resolute and passionate in the implementation of the social contract he entered with his people, pointing out that he had, to this end, employed over 150 Personal Assistants (PAs) on youth and women matters.

The Minority Leader further disclosed that apart from the over 15 bills and more than 25 motions he sponsored and co-sponsored in the 9th Legislative Assembly of the House of Representatives, he had been able to also influence projects that have directly impacted on the wellbeing of his constituents.

“The training was geared towards deepening the drive for administrative competence and synergy towards achieving a Stronger Delta in line with your Excellency’s Stronger Delta Agenda,” the national law maker said.

Hon. Elumelu pointed out that a total of 350 people from the various wards in the Aniocha/ Oshimili federal constituency, comprising women, youths and men where selected for the empowerment items to assist them engage in some form of independent and lucrative enterprise.

The idea, according to him, was to make them become small business owners who will eventually help in creating jobs and reducing poverty in their immediate communities.The highlight of the ceremony was the presentation of 111 electricity generating sets, 90 deep freezers, 148 motor cycles and 107 tricycles to the 350 beneficiaries. 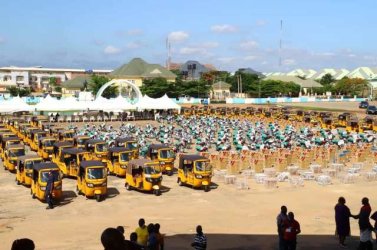 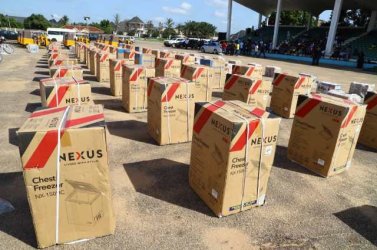 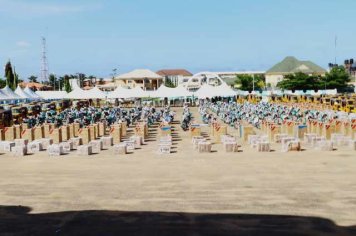 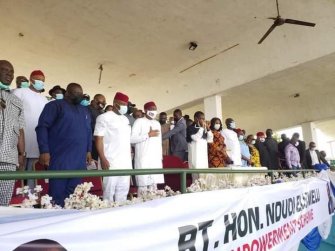 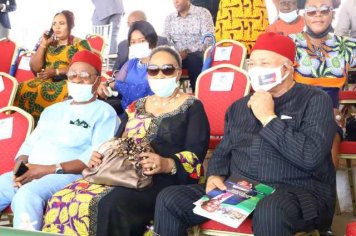 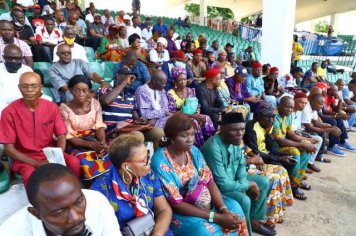 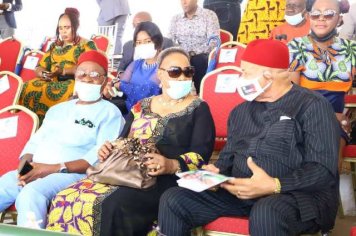