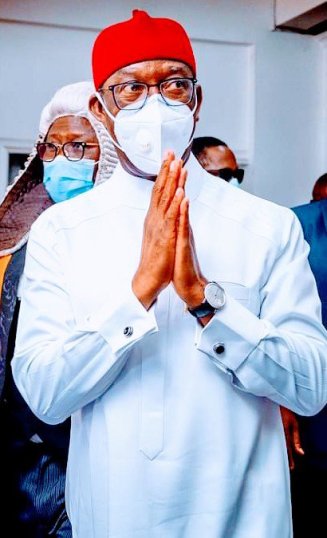 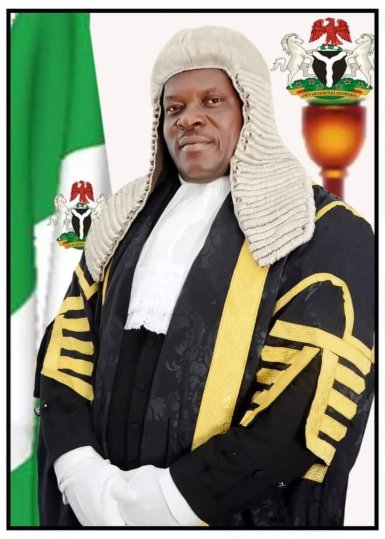 The Deputy Speaker, Delta State House of Assembly, Rt. Hon Ochor Christopher Ochor, has applauded the government of Senator Dr. Ifeanyi Okowa for its efforts to develop all sectors of the state in the past 6 years.

The Deputy Speaker said the state had witnessed tremendous expansion in all areas, during this 6 years, as can be witnessed in virtually every area and life of the people of the state.

He stated that the government have improved the necessities of life as it embarked on massive infrastructure development, human capital, security, peace, education, youth development, and good synergy between different religious groups, ethnic and other stakeholders in the state.

“Delta under His Excellency, Senator Dr. Ifeanyi Okowa, the “Ekwueme” had witnessed transformation in different areas, especially in infrastructure, human capital, security, peace, education, youth development, and good synergy between the different religious groups, and being a multi ethnic state, it had been a wonderful experience for this 6 years.

He said the development was not on isolation, but it was due to the cooperation of the people residents of the state, as they had always believed in the SMART Agenda of the Governor introduced in 2015, which metamorphosed into STRONGER Delta.

“This government came in 2015 with the SMART Agenda mantra, with focus on building a state that poverty will be eliminated, and prosperity of the citizens and residents of the state raised, these we achieved, as youths were engaged in skills and entrepreneurship training, loans were given to business owners and in the second tenure, the government decided to consolidate on its SMART achievement in the STRONGER Delta, and with the cooporation of the people, the government had delivered and still delivering.”

“This is a government of the people, and for the people. We can see the massive project constructions and commissioning. We are celebrating 6 years of continuous governance that is life uplifting. Recently we all witnessed the commissioning of many schools. This government came in and inherited some projects from previous governments, and while he initiated many others, he ensured those vital projects were completed. Such projects run across all senatorial districts of the state.”

“Some of these projects are the New State Secretariat, the completion of the Specialists Hospital, Asaba, the Storm Water drainage in Asaba, Warri, and Uwvie, the Traditional Rulers Secretariat, the Asaba-kwale-Ughelli Dualisation project, the ongoing Kwale-Beneku Bridge, the various inter-community roads, the building of Technical Colleges in Local Governments where there were non, the New universities. And many other projects within this period.

“The government within this period, had also carried out some social intervention policies and supports, such as peace and harmony, ensure the Peoples Democratic Party, PDP, is positioned for victories, the intervention in the operations of the security services, such as provision of operational vehicles, equipments, seminars to create an avenue for religious intervention, and the facelift of the state capital, and other areas of the state.

“This two years had been too impactful, we can see it and feel the development in the state. I congratulate the Governor, Senator Dr. Ifeanyi Okowa, the people of Delta State, who on their parts had been supportive, protective, and encouraging as they had given this government supports and reasons to continue to push. I also congratulate our great party, the Peoples Democratic Party, PDP, this had been a wonderful family. And they are doing what they know how to do best, developing the people and the state.”