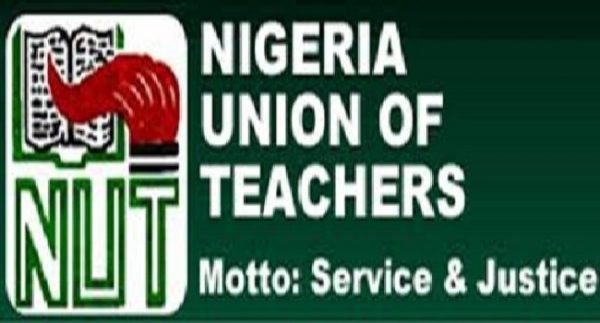 Teachers in every field of human quest for knowledge are special breeds, as without the knowledge they impact in the learners, including those in leadership positions, those positively transforming humanity through various human endeavours, the world would have remained undeveloped and civilisation retarded. Every doctor, engineer, lawyer, pilot, journalist, banker, name it, even the rugged politician was once a student of a teacher.

Yet, the teaching profession seems a vulnerable calling, particularly in Nigeria, owing to the unfortunate poor working environments and not too commendable remunerations for teachers. It is paradoxical that a teacher teaches the doctor or the engineer, who is later paid mouth watering wages, working in heavenly environments, while the teacher is left to manage starvation salaries that, most times, are not regular ! It is said, perhaps, with a hidden sense of mockery that the teacher’s reward is in heaven, an indication that the society recognises the enormous contributions of the teacher, but appears to be wilfully denying the goose that lays the golden eggs better treatments.

However, the teacher with all the leprous disdains in some other enclaves is getting fair treatments in Delta State. The state government under the watch of Senator (Dr) Ifeanyi Okowa as the governor places high premium on not only the welfare, better pay and working environments of the teacher, but ensures a robust interface with the Nigeria Union of Teachers (NUT) in the state.

In a recent encounter with the vibrant Chairman of the NUT, Delta State Wing, Comrade Titus Okotie, in his office in Asaba, the state capital, he described Senator Okowa as a teacher friendly governor, adding that he hardly denied genuine requests of the union which are tailored towards the uplifting of teachers in the state, even as he disclosed that one nagging grey area, among some others which are yet to be resolved, was the non implementation of the new national minimum wage for primary school teachers in the state.

He said that the state government had instituted an annual award to motivate teachers, including secondary school principals and headteachers at the primary schools, across the state, adding that the best principal, head teacher, primary and secondary schools teachers got a car gift and #1 million cash reward each during the 2019 edition of the yearly award, which coincided with World Teachers Day ,even as he lamented the absence of the award in 2020 owing to the COVID-19 Pandemic in the state.

Comrade Okotie who was elected chairman of the union on July 19, 2017 said that apart from the earlier in-roads made at advancing the welfare of teachers in the state, his tenure had witnessed the payment of backlogs of salary areas and had ensured that eligible teachers were promoted as and when due without unnecessary delay, just as he said that he attracted the construction of NUT Road at the Delta State University Campus, Abraka and another linking the union secretariat in Asaba.

As the delegates conference of the state wing of the union has been fixed for July 19, 2021, it behoves on members of the union to ensure the smooth return of Comrade Okotie for a second term to enable him consolidate on his achievements so far, while also lifting the teaching profession and the union to enviable higher grounds in the state. The theme of this year’s delegates conference has been tagged : ” Adequate Personnel For The Suitability Of Our Educational System.”

Going by the theme of the delegates conference which is apt, considering the dearth of manpower to efficiently run the primary and secondary school systems in the state, what is required of the state government is to consider the need to employ more teachers to facilitate adequate teaching coverages of all the subjects in schools across the state. It is commendable that the state government recently employed about 1,000 science teachers in the state. However, that is a far cry from what is required to fill- in the yawning gaps in the demands for teachers, particularly in the rural schools.

That necessitates the employment module used in recruiting some medical personnel recently in the state. It requires making it crystal clear for some of the applicants, academic and non academic, that they would be posted to teach or work in rural schools, if successfully employed. This would curb the unwholesome drifts of many teachers from the rural to urban schools in the state. Currently, so many urban schools are overstaffed for some questionable reasons and rejection of postings to local schools.

While also commending the state government for creating propitious environment for teaching and learning in schools under the leadership of comrade Okotie , teachers and students should not only take teaching and learning serious, but should join residents in the various localities where schools are located in reciprocating the good gestures of the state government by ensuring that school infrastructures are maintained and protected from vandals.