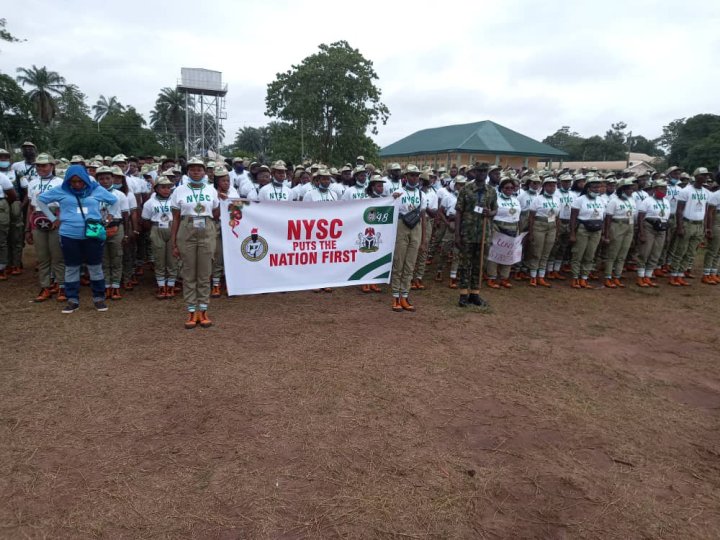 The National Youth Service Corps, NYSC has celebrated 48th anniversary of the Scheme with a call to Nigerians of all tribes to support the unity of Nigeria and her people, for national development.

Today, 5th June, 2021, the Orientation Camp Issele-Uku in Delta State was agog as the Scheme staged a unity march, bearing an Olympic light that signified strength of unity and togetherness, just as officials and corps members marched round the camp singing and dancing for unity.

Speaking at the occasion, the State Coordinator, Mrs. Olutayo Samuel said she felt elated being a member of the NYSC family, insisting that there is every reason to give praises to God for keeping the Scheme functional for the past 48 years.

She stressed that NYSC is about one national organisation that has prominently provided a platform of peace, love and unity in the country.

According to her, “In the Scheme, our cardinal objective is putting Nigeria first. Our corps members are from different parts of the country, who have come to learn values for national cohesion, and so before being integrated into the society, have become disciplined enough to know what to do to advance the unity of our nation, Nigeria.

“I am using this medium to further admonish them to shun acts capable of dividing us and relegating our unity to the background. You must not come here to preach sectionalism, divisiveness and hatred. That is why we are engaging you in the three weeks orientation programme as cardinal aspect of the service year.

“That is an oversight though, we have all it takes to make you comply to our national obligation for peace and unity. So I want to assure us that the reasons for creating NYSC is still intact; it is for unity in diversity irrespective of tribe, language, political or religious affiliation.
The bond is so strong that no matter what is being canvassed, the Scheme will continue to exist.

“And to make NYSC a stronger entity, the Skills Acquisition and Entrepreneurship Development (SAED) was created. This is to enable corps members become self reliant with skills and trades of their choice, rather than roaming the streets in search of job after youth service”, Samuel explained. 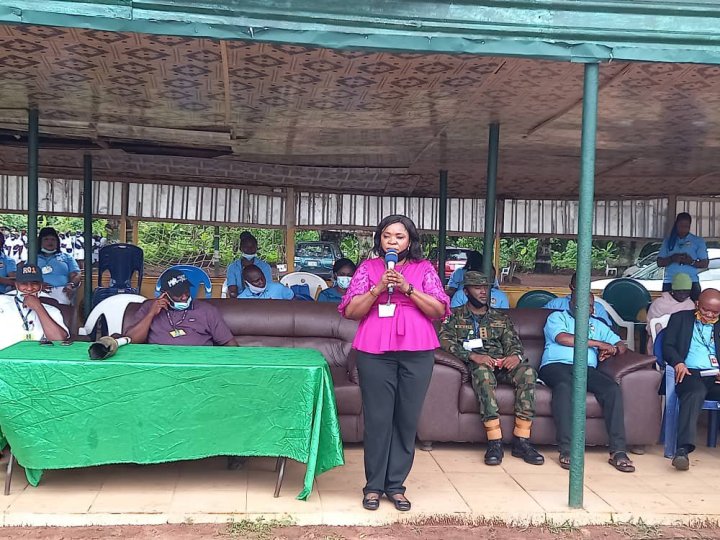 Speaking to newsmen at the end of the unity march, some corps members insisted that the society must allow the Scheme to continue to exist in the interest of national unity and cohesion.

Miss Gift Adaeze Uzoma from Abia State, said she never thought she could get the love and peace of mind she had always dreamt of at the camp, adding that NYSC has become the biggest accomplishment of her life in recent times.

Master Agada Daniel from Kogi State, affirmed that it was out of place to call for the scrapping of a Scheme that has been a tool for unity and source of succour to young graduates.

Miss Esther Ehigelua from Edo State, also posited that she had benefitted massively from NYSC within the period under review, stating that the orientation lectures were not just educative but that she learnt some practicals through SAED that would definitely put her at an advantage in life.

While Master Owoseyi Yemi from Oyo State posited that he got the discipline that would hitherto not be given anywhere, a physically challenged corps member from Edo State, Miss Faith Philemon relived the experience of togetherness, love for one another, thereby appealing that NYSC should remain in existence to continue to sustain peace and unity in our nation.

However, another physically challenged corps member from Ekiti State, Master Isaac said he got opportunity to meet with people from other tribes who became family in a short time. He said the orientation course and the SAED programme had already afforded majority of corps members the opportunity to start something in life without having to wait for government’s or corporate employment. He nonetheless, advised the government to come up with a law or policy that provides equal opportunity to every citizen in order to bridge the disparity between the able bodied citizens and the physically challenged ones. 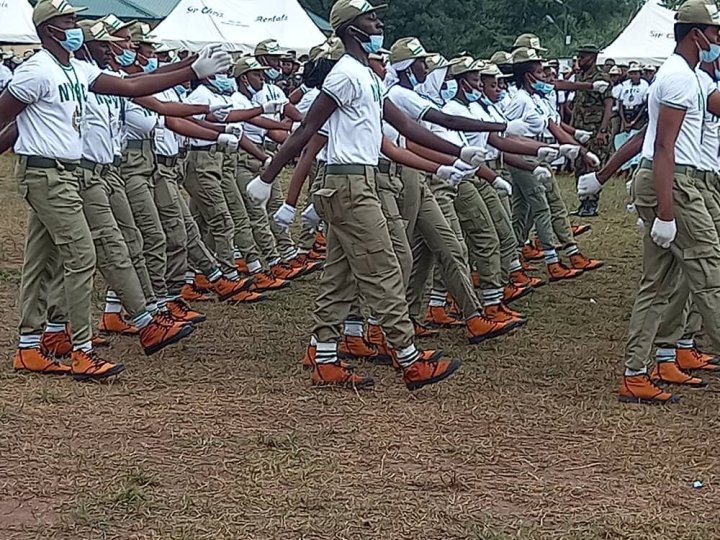 The highpoint of the unity march was the jubilation when the Platoon 5 Coordinator, Mr. Opkaniyi Emmanuel won the NYSC Director General’s award for outstanding performance. The award came with a cash reward and certificate of Excellent Performance as a staff.

It could be recalled that NYSC was created on 22nd May, 1973, as an avenue for the reconciliation, reconstruction and rebuilding of our nation after the civil war.