The Sole Administrator, Rivers State Waste Management Agency (RIWAMA), Bro. Felix Obuah, has charged Service Providers working with the Agency to take their work seriously and avoid situations were wastes are seen littered in any part of Port Harcourt, the State Capital, and its environs or have their contracts terminated.

Bro Obuah, while addressing Service Providers, on Saturday, June 12, 2021, in Port Harcourt, declared that the task to keep Port Harcourt the Rivers State Capital, and its environs clean at all times was a mission that must be accomplished and frowned particularly at the nonchalant attitude of some Service Providers in the discharge of their duties.

He charged all Service Providers to ensure that their zones/areas are kept clean within 48 Hours from Monday, June 14, 2021, and at all times.

While urging Service Providers to remain resolute, challenges notwithstanding, Bro Obuah said the Agency was not unmindful of the challenges often encountered in their effort to keep the State clean and healthy. 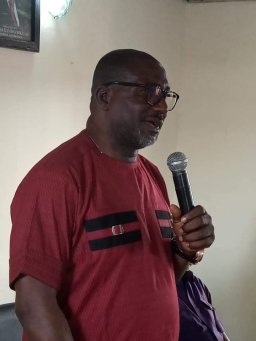 He regretted that “despite persistent cautions and warnings” from the Agency to members of the public about the environmental laws of the state on indiscriminate dumping of refuse, some persons have formed the habit of indiscriminately dumping refuse on the median and outside government approved dumping hours of 6pm to 12 midnight, daily.

According to the RIWAMA Sole Administrator, Bro Obuah reports revealed that some wastes noticed in some parts of Port Harcourt the Rivers State Capital, and its environs after Service Providers have finished working are generated by traders in the name of market sanitation and those wastes are indiscriminately dumped outside government approved dumping hours of 6pm to 12 midnight.

He therefore placed a ban on dumping of wastes indiscriminately outside government approved hours of 6pm to 12 midnight by traders in the State in the name of market sanitation.

Such wastes, Bro Obuah directed, should only be dumped at government approved receptacles from 6pm to 12 midnight.

Henceforth, he warned, any person caught indiscriminately dumping wastes outside the government approved dumping hours of 6pm to 12 midnight would be arrested and prosecuted.

Bro Obuah also appealed to Local Government Council Chairmen to ensure that all areas within their jurisdiction are kept clean at all times, regretting that some local government council chairmen allow wastes build up in their areas for days without removing them.