Governor of Rivers State, Nyesom Ezenwo Wike says that his administration has fearlessly tackled insecurity headlong in the State and created an enabling climate for smooth delivery of quality development projects.

A report by Kelvin Ebiri, Special Assistant (Media) to the Rivers State Governor, disclosed that Governor Wike made the assertion at the inauguration of 16.2 kilometers long Omueze-Umuogba-Umuokpurukpu-Umueke-Umunju-Eberi Road project in Omuma Local Government Area of the State on Tuesday, June 22, 2021.

The governor noted that while other states of the country are still struggling with issues of insecurity, Rivers State is witnessing harvest of development projects with the nonstop inauguration and flag-off ceremonies to their amazement.

Governor Wike asserted that it is only states controlled by the Peoples Democratic Party (PDP) like Rivers, that has created a peaceful climate for the citizens while the government delivers democratic dividends.

“Those who say they don’t like what PDP is doing, they have no choice but to like it. You can see what the party (PDP) is doing. We are flagging-off and commissioning projects. Whether they like it or not, we are in charge.”

The governor said it is obvious that Rivers State is no longer on the same level with states that can not provide dividend of democracy to their people.

Governor Wike said the performance of his administration has restored confidence in Rivers people and they can walk with their heads raised high.

“They (other parties) can only jealous us, but they cannot do anything. We are of different class. We are not on the same level with them.” 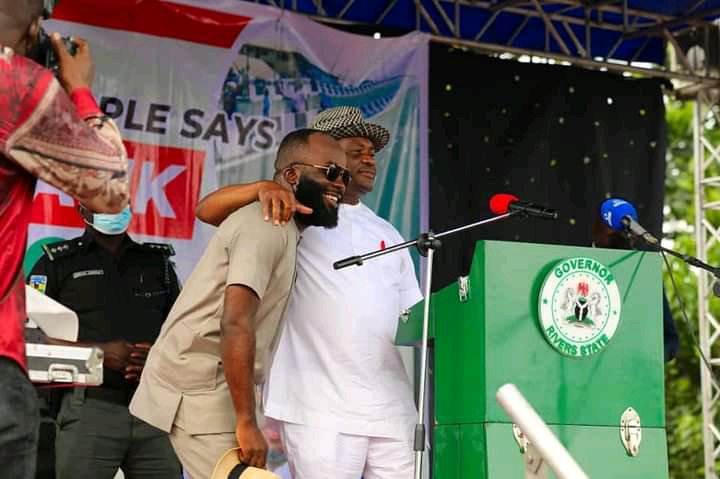 Speaking further, Governor Wike commended Hon. Kelechi Nwogu, the member representing Omuma State Constituency, for his loyalty to PDP. He also extolled him for his commitment to the welfare of Omuma people and being a trusted ally to him.

At the behest of Hon. Nwogu, Governor Wike promised Omuma people that his administration will reconstruct the Umuakali-Eberi Road in appreciation of their support to the PDP.

According to him, the approach to development that governor Wike has adopted stands him out as a much sought -after leader who should be consulted in solving critical national issues related to governance.

“With my experience in elective politics, second terms of most governors are dull, some governors will just go to sleep because they don’t have anything to offer. But you are still commissioning projects, as if you’re not even going to leave.

Providing the description of the project, Rivers State Commissioner for Works, Elloka Tasie-Amadi said the Omueze-Umuogba-Umuokpurukpu-Umueke-Umunju-Eberi link Roads In Omuma Local Government Area is another genuine efforts of the Wike administration to ease the transportation difficulties experienced by rural dwellers in the Omuma.

“Many of these rural projects go unsung probably because the residents are not Social Media savvy, as in the case of Omuma who are predominantly farmers, or probably because SM activities are not a part of their past times as it is with city dwellers.

“It may shock you to know that for every Kilometer of road we have built in the city we have built 12kms or more in the rural areas. This is a conservative estimate I would like you to ponder upon when you get home.”

He further stated: “This project is a 16.2km long, 10.3m wide road project which has 4.3km of drains. The roads are marked and have a total of 27 road signs to aid driving and enhance public safety.” 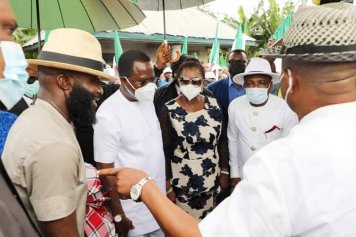 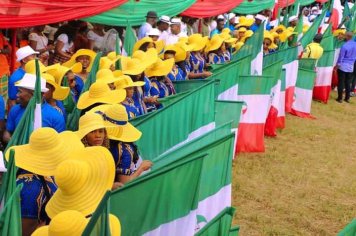