It was convivial and a political carnival of sorts, when the leaders/stakeholders and teeming members of the Peoples Democratic Party ( PDP) in Ika South LGA of Delta State under the able captaincy of Mr Jude Onya, held their general meeting, on Saturday, July 17, 2021, at the Agbor Party Secretariat, located at 188 Mariere Street.

The mammoth crowd that graced the occasion, was unprecedented , TSM reports.

The party LGA chairman, the indomitable Mr Jude Onya, disclosed that the major aim of the meeting was the need for mobilization of residents for the Independent National Electoral Commission (INEC) Continuous Voters Registration (CVR) exercise, billed to commence at the ward levels, on July 28.

While harping on the need for stakeholders to help out during the exercise, Mr. Onya revealed the new slongan: ‘Ebe Okowa sii enyi sii, kee enyi esii, Isee,’ (loosely translated as ” Where Okowa tells us to go is where we will go”.

Speaking further, the party boss emphasized on party supremacy and loyalty to party leadership and thanked the wards executive committee and councillors for their unflinching loyalty to the party enjoining them to keep the flag flying.

“The Stakeholders meeting with the officials of the National Population Commission is slated for July 25 at Ika National Hall, I plead with us to attend.

“We must note that the data generated from all these national exercises counts a lot in the allocation of federal resources and other important national benefits. Let me commend our party members and the ward chairmen for this massive mobilization.

“My thanks also goes to the State Project Coordinator, Widows Welfare Scheme, Elder Dr. Isioma Okonta, for the wonderful works that he is doing in handling meticulously, the welfare of Widows captured under the Social Investment Programme,” he said.

Relatedly, the member representing Ika South State Constituency and Majority Whip, Delta State House of Assembly, Hon Okoh Chukwuyem Festus, during his brief address, expressed profound gratitude to the ward chairmen for the mobilization, while emphasizing on the values of the Permanent Voters Card (PVC), assuring that through unity of purpose, the needful will be done.

The commissioner for Works Engineer Noel Omodon remarked that everything will be done to ensure that those without PVC are registered ahead of 2023, ‘Okowa leads, we follow,’ he posited.

The vote of thanks was done by Hon Vincent Agboegbulem, former Ika South Council scribe, who thanked the mammoth crowd of party enthusiasts for coming, while wishing then journey mercies to their respective homes.

The closing prayer was said by Mrs Ogor Obuh, who called down the heavens to bless, guide and prosper the People’s Democratic Party ( PDP). 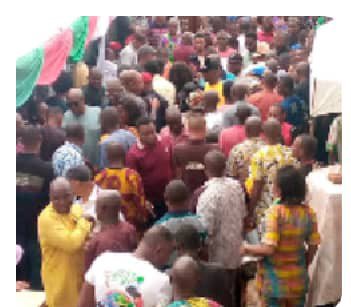 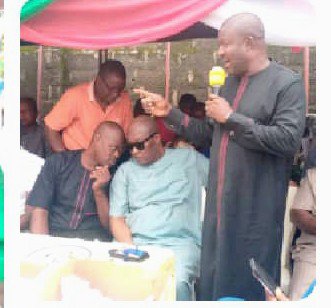