In the lecture titled “The Role Of Enhanced Electoral Awareness In Improving The Quality Of Leadership In Nigeria”, the House of Reps Minority Leader posited that it was instructive to reiterate that electoral awareness and mobilization of citizens’ participation in political and governance processes were sine qua non to quality representational leadership.

He said the quality of leadership was determined by informed choices of the electorate made along the lines of electoral worthiness of a candidate and his political party as against the primordial tribal, religious, partisan and pecuniary consideration. This was in addition to the deliberate participation of citizens in utilizing governance to their advantage by holding leaders accountable at all times.

Elumelu was of the believe that the way forward therefore lies in a concerted, all-inclusive and multi-sectoral electoral awareness creation that can achieve the active participation of above 70% of our eligible national population and above 80 percent of registered voters in electoral and political processes.

Elumelu noted that such value-driven enlightenment must focus on electoral worthiness of candidates as against tribal, religious, partisan and pecuniary considerations, as well as massive mobilization towards voter registration.

While emphasizing that the current continuous voter registration should be maximized for a target of above 80% of eligible voting population to be achieved by 2023, he said citizens must be made to be more conversant with the provisions of the Constitution and the Electoral Act, especially relating to their rights on electoral and governance processes, including areas that grant them powers to hold leaders accountable.

Adding, he said such awareness would enable the citizens to participate in efforts geared towards good governance including setting desired standards for electoral worthiness as well as preferred amendments in the law to guarantee free, fair and credible elections as well as a responsive leadership that was accountable to the citizens.

According to Elumelu “Citizens should be encouraged to demand that antecedents, qualifications and other indices of electoral worthiness of candidate and political parties should be made public and scrutinized alongside their manifestoes at obligatory pre-election debates.

The Aniocha/Oshimili representative at the House of Representatives advocated for a midterm survey so that a leader who fails a set standard in midterm polling should stands unelectable for a second term in office.

Elumelu, who also advocated that Public hearings on serious governance issues should be made more open for participation of citizens, stated that schools should, by law, inculcate a strong civic education system targeted at electoral awareness and enforcement of citizens’ right to governance as compulsory subjects in their curriculums.

While berating the decision by the 9th Senate against electronic transmission of votes count as unconstitutional, the revered Lawmaker charged INEC to take steps to further guarantee credible, free and transparent electoral processes. That registration of voters, accreditation at elections and balloting processes should be made more transparent and less cumbersome.

He added that “INEC should also take steps accelerate the use of technology to enhance the credibility of voting and electronic transmission of declared results directly from the polling units so as to eliminate collation related malpractices including alteration of results.

“The laws guiding election should be firm in recommending punishments for INEC officials, politicians and political parties found culpable for electoral offences.

“There should a provision which makes a returning officer culpable of electoral offence in a case where an election is annulled by a court on allegations of electoral violations. Such provision would deter electoral officers from being used the manipulate elections”.

While calling for a sanctioned with the barred from further participating in election for a period of time for a candidate as well as political party whose election is annulled over established charges of manipulations, Elumelu condemned the involvement of military in election, saying that elections were civil responsibility so the military should not be used to intimate and suppress voters

He charged the Mass media to always resist partisan pressure at all times and be more forceful in awareness creation and holding leaders accountable.

“Leadership grooming should be taken more seriously by political parties, schools, traditional institution, faith-based organization and other stakeholders”, he added. 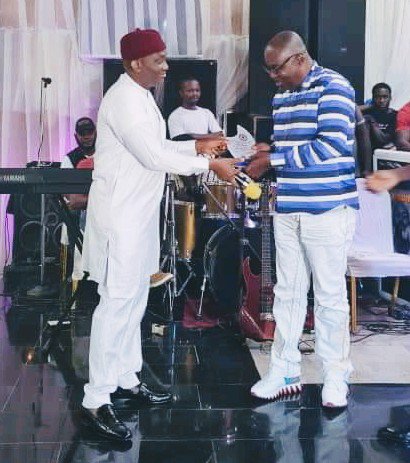