In the words of Conor Lamb, “Building infrastructure is our most powerful tool to create jobs and improve the playing field for all businesses.”

World over, Infrastructural development is considered as the construction and improvement of foundational services with the goal of sparking economic growth and improvements in quality of life.

Renowned global economists believe that sustainable economical growth stems from the foundation of good infrastructure, which in turn leads to job creation and high employment rates.

As at today, Some of the advanced societies in the world were built and being built on the back of infrastructures that were put in place decades ago by visionary leadership.

Simply put, for the “long game” of Economic Growth, industrial boom, and job creation, Infrastructural Development is the first step.

In Nigeria, the Rivers State Government is one of the few state governments that have invested heavily in the area of Infrastructural Development. The Governor Nyesom Wike’s approach to infrastructural development have been adjudged by many public fora as the best and most aggressive in the country.

Through his Accelerated Road Development Programme (ARDP), the Governor Wike’s Administration have delivered over 500 kilometers of road infrastructure, inclusive of Trunk-A roads, Bridges and flyovers cutting across nearly every Local Government in the state, and is estimated to hit almost 1000KM of road network upon the completion of ongoing projects, and before the end of the administration.

In his second term inauguration speech on May 29th, 2019, the Governor made the following statement hinting of a 25-year plan for an economic transformation of the state, beginning from massive infrastructural development;

”We know we are developing, but it’s better and more result-oriented if approached in an organized and strategic form.
We will therefore adopt a holistic approach to development by partnering with relevant national and international agencies and expertise to initiate and implement a 25-years Master Plan for economic transformation and development to guide and accelerate the future development of our State”.

A close analysis of what is going on in Rivers State, ranging from infrastructural development in not only on roads, both the Education and Health Sectors, it will show you that within a decade, the state will be recording a massive economic and industrial boom, and this is where the REAL JOBS comes in.

An article published on worldbank’s blog stated the following;

“It is widely accepted that investments in infrastructure can lead to direct and indirect jobs, and usually have spillover effects into other economic opportunities. For example, good roads, transport systems and agro-logistics services help move freight from farms to locations where value can be added (like intermediate processing, packaging and sorting of agricultural produce) and ultimately to consumers.”

Lets Take the ongoing construction of the Woji/Aleto/Alesa/Refinery road, the 6.5KM road upon completion, will create a new industrial corridor. As a result of the vast lands available, industries will be sited there, most especially, those that the Port Harcourt Refinery would be its source for raw materials. Also considering the solid Road Network, there will be better access to all part of the State and Country at large.

Though many jobs have been created in course of this ongoing infrastructural development, it is good to note the actual employment boom, will come on the back of all that is being laid down today. 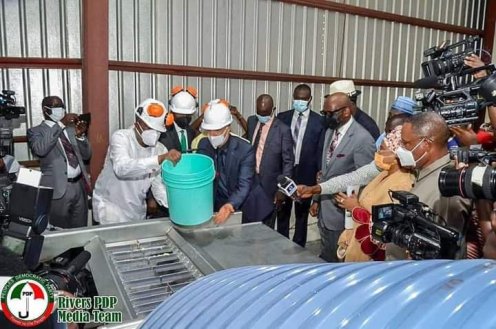 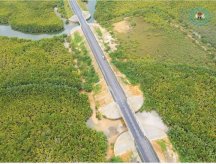 The Nyesom Wike led administration has shown visionary leadership in its developmental strides. From the establishment of the largest cassava proceeding plant in this part of the country, to the Ongoing construction of the Nation’s first Cancer and Cardiovascular Disease Diagnostic and Treatment Center, the Completed Mother & Child Specialist Hospital, the Establishment of the Rivers State University Teaching Hospital, and Establishing a Medical College and School of Nursing in the Rivers State University to produce man power to run these infrastructures in the healthcare sector. Same applies in the Education Sector, which are the two main focus of his second term.

While there have been many leaders before him, and many to come after him, it is safe to say that Governor Wike is Building a Rivers State of the Future and in a decade from now asking after he’d be out of office, posterity will judge him kindly

Ladies and Gentlemen, Welcome to a RIVERS STATE OF GREATNESS & ENORMOUS POSSIBILITIES. 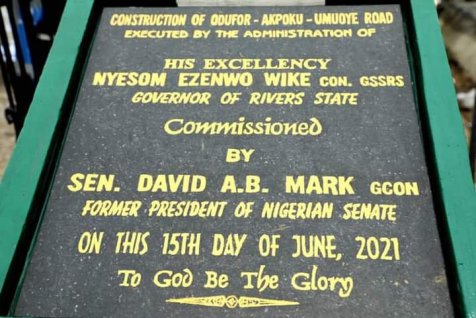 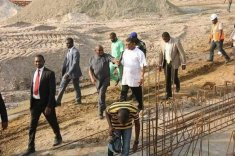 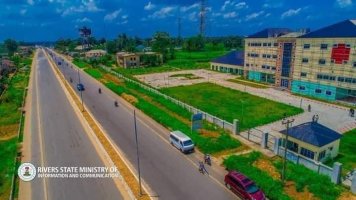 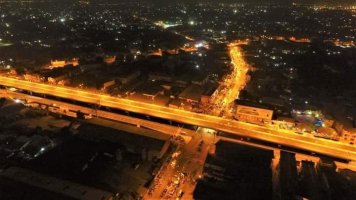